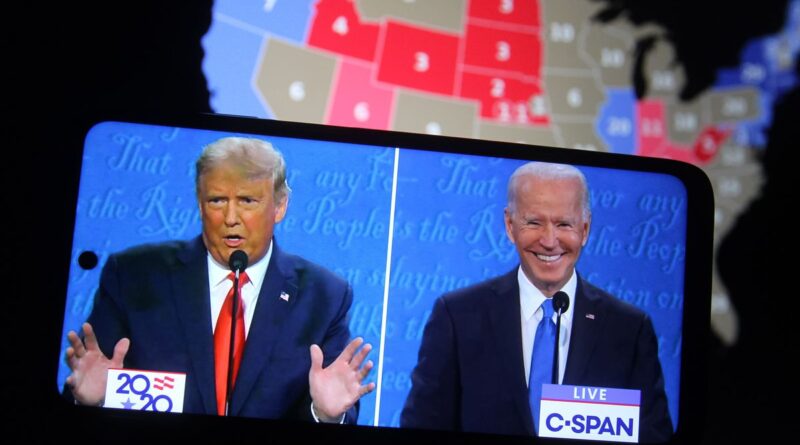 In this final installation of our series recapping and fact checking the last presidential debate of 2020, we examine the candidates’ stances on COVID-19 and abortion, as well as leave you with some closing statements. Remember to vote by Nov. 3 if you are eligible and have not done so already.

President Trump refers to COVID-19 as the “China Virus” or the “Plague.” He said, of his handling of the virus, “I take full responsibility. It’s not my fault it came here; it’s China’s fault.”

Trump is taking responsibility for one of the worst COVID-19 responses in the world. While he was correct in claiming that the mortality rate is down, cases are now at all-time highs across the United States—especially in Wisconsin where there may soon be a shortage of Intensive Care Unit (ICU) beds. President Trump also said that spikes in Florida, Texas, and Arizona came and went, but according to Johns Hopkins data, cases are still on the rise in those states. The largest spikes in cases appear to be in the Midwest and West (which disproves Biden’s later claim about spikes only being in “red” states). The US is averaging 70,000 new cases per day. This suggests that Trump’s claims of the US “rounding the curve,” and more recently, ending the pandemic, are false.

National Institute for Allergies and Infectious Diseases Director and White House Coronavirus Task Force member Dr. Anthony Fauci now predicts the country will not return to a place of normalcy until the end of 2021 or the beginning of 2022.

President Trump also said, “Now they say I’m immune, whether it’s four months or a lifetime.” By “they,” it can be assumed he meant his doctors at Walter Reed. However, a University of California at Los Angeles study of 34 coronavirus patients found that 2.5 months after infection, a patient’s antibody levels dropped by 50%.

Trump also boasted about the US’ testing. “We have the best testing in the world,” he said. “That’s why we have so many cases.” According to Johns Hopkins’ Coronavirus Resource Center, the US has conducted more tests than any other country in the world. However, more testing does not lead to more cases. CNN’s Dr. Sanjay Gupta says more testing simply detects more cases sooner so people can quarantine and/or be treated sooner, thus reducing the spread.

Trump has been saying for weeks now that a coronavirus vaccine is just around the corner. In fact, he has even claimed that a vaccine could be ready before the 2020 election. At the debate, he changed his tune and said a vaccine was not guaranteed to arrive within weeks, but would be here by the end of the year. He cites the progress made by companies working on a vaccine like Johnson & Johnson, Moderna, and Pfizer.

Scientists and medical experts believe a vaccine really could be ready by the end of the year, but that doses will not begin to be administered on a large scale until early 2021. According to the UK newspaper The Guardian, at least 11 firms worldwide are beginning to move their vaccines into Phase 3, which means the vaccine is being put through broad-reaching human trials. There have been snags, with some vaccines needing to be paused because of patients falling ill after receiving doses, but the United States should have a viable vaccine by early next year. The challenge is, unlike with the uncoordinated coronavirus responses, each state will need to ensure that a significant portion of the population is being vaccinated to reduce transmission of the virus and help usher in normalcy.

This means that states and citizens will have to listen to medical officials’ advice on being vaccinated. If President Trump is reelected, that could be yet another flashpoint as his relationship with Dr. Fauci seems to have deteriorated. “I get along very well with Anthony,” Trump said of Dr. Fauci. “I think he’s a democrat, but that’s okay.” He accused Dr. Fauci of not knowing what he’s talking about as it pertains to the virus, citing Dr. Fauci walking back his policy of asymptomatic and/or negative people not having to wear masks, but neglected to admit that Dr. Fauci and the rest of the country’s top medical professionals had learned significantly more about the virus and the way it is transmitted since then.

President Trump wants to get back to a state of normalcy now, however. He says people are losing their jobs, committing suicide, and abusing alcohol and drugs. He argues that shutting down the country is doing more harm than good. “The cure cannot be worse than the problem itself,” he said.

The Pan American Health Organization (PAHO) says that the pandemic is, indeed, exaggerating suicide risk factors like anxiety and depression. The pandemic stress combined with greater social isolation (as well as regular factors like domestic violence and substance abuse), could put tens of thousands of lives at risk. Still, by not shutting down the country or taking measures like mask wearing and social distancing, other lives are put at risk. Nearly 230,000 people have died from the coronavirus according to the New York Times. In 2018, the American Foundation for Suicide Prevention reported more than 48,000 Americans died from committing suicide.

“I will take care of this. I will end this. I will make sure we have a plan.” This is what former Vice President Joe Biden promised.

Biden said that anyone who is responsible for more than 230,000 deaths should not be in charge of America. He claimed that the US could see 200,000 more deaths by the end of the year, which is supported by a forecast from the University of Washington. Biden also cited the prestigious New England Journal of Medicine, who has called Trump’s handling of the virus a tragedy and urged voters to opt against another four years of President Trump.

Biden said that President Trump has no comprehensive plan for resolving COVID-19. This is mostly true. President Trump’s plan for attacking COVID-19 has included distributing personal protective equipment (PPE), creating the White House Coronavirus Task Force, enacting Operation Warp Speed, and more. However, it is fair to say that Trump’s plan is not comprehensive. Unlike in other countries where national mask mandates or strict shutdowns were enforced, President Trump has let individual states decide how to control their epidemics, which is ineffective. Trump himself has mocked mask wearing and removed his mask shortly after he was discharged from the hospital at which he was being treated for the coronavirus.

Conversely, Biden said he would encourage everyone to wear masks, invest in more widespread rapid testing, and come up with ways to open schools safely again. Biden said he would increase funding for schools so that they could hire more teachers, improve ventilation in buildings, and create learning pods. He says that instead of talking with Speaker of the House Nancy Pelosi about ways to secure more funding for schools, he has been standing in sand traps on his private golf courses.

Trump criticized Biden for his handling of the H1N1 swine flu during the Obama administration. Trump acknowledged H1N1 was far less lethal, but said that even Biden’s chief of staff, Ron Klain, called his handling of the virus “catastrophic.” This is partially true. Klain admitted that the Obama administration did many things wrong when it came to handling the swine flu, and attributed the comparatively low mortality rate to sheer luck. Publicly, however, Obama was praised for his handling of the virus as he encouraged rapid research and a vaccine was ready within six months, according to NBC.

Biden then turned the tide and attacked Trump for withholding knowledge about the gravity of the virus. “Think about what the president knew in January and didn’t tell the American people,” Biden said. “He knew how dangerous it was but didn’t want to tell us because he didn’t want us to panic. Americans don’t panic, but he panicked.”

President Trump seems to hold a murky stance on abortion, but leans towards the pro-life side of the spectrum. A key demographic within the Republicans’ voter base is the pro-life Evangelical Christian. Most Catholics, like new Supreme Court Justice Amy Coney Barrett, who Trump appointed after the death of former Justice Ruth Bader Ginsburg (check out our story here), are also against abortion.

It is expected that Justice Barrett will vote to overturn Roe v. Wade if any such case comes to the Supreme Court.

In early 2016, the BBC reported that Trump had flip-flopped on abortion over the years, but at that time leaned towards the pro-life side of the argument.

Trump has also cut millions of dollars in federal funding for Planned Parenthood, a national healthcare provider that offers abortion among other healthcare services.

Biden has expressed support for helping the passage of a law that would protect Roe v. Wade by codifying it in national legislation.

In the past, Biden has also supported the idea of allowing taxpayer money to fund abortions, meaning women who live on government-subsidized healthcare (i.e. Medicare), would be able to have their abortions covered. More recently, however, he has changed his stance.

While Biden himself is Catholic, he has said he cannot impose his religious beliefs on every woman in the country.

Like Trump, Joe Biden seems to have flip-flopped on the issue of abortion over the years. USA TODAY reports that earlier in his political career, circa 1970, Biden was against Roe v. Wade and a woman’s right to choose.

Trump: “If Biden wins, it will be a very, very sad day for this country.”

Biden: “What is on the ballot is the character of this country: decency, honor, respect.” 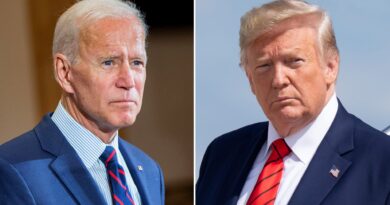 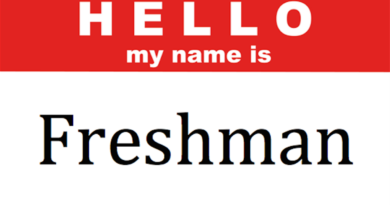