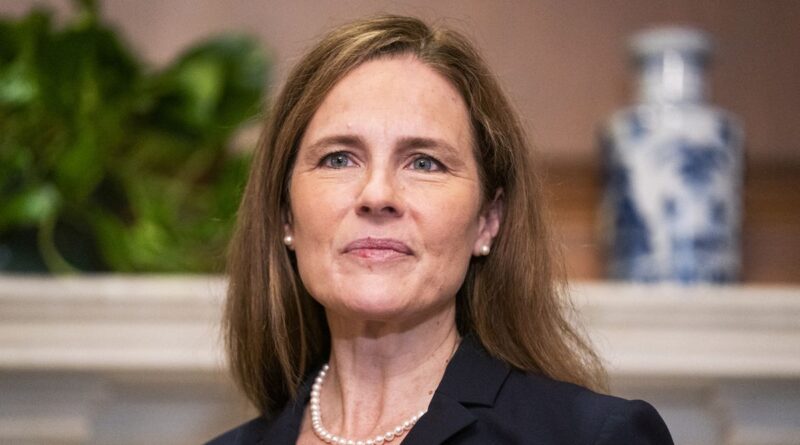 With a vote of 52-48, split along party lines, the Senate confirmed President Trump’s nomination of Amy Coney Barrett to the Supreme Court Monday, Oct. 26.

Barrett fills the vacancy left by the Sep. 18 death of longtime justice, outspoken civil rights advocate, and pop culture icon Ruth Bader Ginsburg. Trump’s decision to nominate Barrett to the Court defied Ginsburg’s deathbed wish for the vacancy to be left unfilled until after the 2020 election. The timing of Barrett’s confirmation is also contentious because in expediting Justice Barrett’s hearing and confirmation votes, Senate Majority Leader Mitch McConnell (R-KY) and Senator Lindsey Graham (R-SC) did the very thing they vehemently railed against when former President Barack Obama nominated Justice Merrick Garland to fill the vacancy left by late Justice Antonin Scalia, for whom Barrett clerked.

Republicans thought filling the seat more than 200 days before the 2016 election was inappropriate and that the winner of the election should be the one to nominate the new justice. Yet, when it came to Justice Ginsburg’s death, it seemed every Republican senator save Susan Collins (R-ME), who was the only Republican to vote against Barrett’s confirmation, was fine with granting Barrett hearing dates and a confirmation vote as soon as possible. The Republicans, who control the Senate, vowed to confirm Barrett, secure a 6-3 conservative majority on the Court, and curry favor with the Republicans’ voter base just weeks before the 2020 election.

Senior Emma Cooper thinks Barrett was confirmed too quickly. “I simply do not want someone [on] the Supreme Court who wants to take away many of my rights,” she says. “But I just think that there would have been a lot less tension around the confirmation if it had occurred after the election.”

However, Senior Ben Mabie, who identifies as conservative, says, “I’m glad President Trump filled the seat, because as president, you have the obligation to fill justice openings. It [is] still his presidential term and he has that option.”

Not all right-leaning students are supportive of Barrett’s nomination, though. “I pretty much despise [Barrett] and honestly see her record as a judge as frightening to say the least,” says senior Simi Purcell, who identifies as center-right. “I’m honestly just nervous for my future.”

This means that even if Joe Biden were to be elected president in less than a week, and even if the Democrats retained control of the House and took back the Senate, many of the more liberal rulings of the Court that have secured affordable healthcare (NFIB v. Sebelius), abortion rights (Roe v. Wade), and LGBTQ+ rights (Obergefell v. Hodges), could be in danger of being overturned. Barrett is also known to have supported rulings leading to increased access to firearms for all Americans.

Barrett, a devout Catholic who belongs to the group People of Praise, has been questioned about her impartiality on matters of abortion and LGBTQ+ rights, which seem to go against the grain of the religious right. A Washington Post investigative article reports that in 2010, Barrett held the title of “handmaid” in People of Praise, and has helped design the group’s conservative, strictly male hierarchy. While leaders of People of Praise say that women are able to be professionally ambitious, women are also expected to submit to their husbands as the heads of the household and perform domestic tasks such as cooking and cleaning.

Essentially, Barrett is the polar opposite of Ginsburg, who was a staunch feminist and supported gender equity her entire professional career. Thus, Barrett’s epithet of “conservative poster child” seems to make sense. It is undeniable that Barrett has had a successful professional career. She was congratulated in 2017 for being appointed to the US Court of Appeals for the Seventh Circuit as a federal judge by President Trump. She is a celebrated alumna of the University of Notre Dame, a Catholic university, at which she taught law, and the university news called her a revered teacher in a recent congratulatory announcement. However, multiple newspapers report that more than 200 Notre Dame faculty members and former classmates of Barrett’s wrote letters and signed petitions to protest Barrett’s rapid confirmation.

Mabie, who has been raised Catholic, says despite being sad at Justice Ginsburg’s passing, he was quite happy with Barrett’s confirmation. “I’m pro-life … and I still align myself with those beliefs.”

Conversely, senior Skylar Mansfield says, “I feel scared, embarrassed, and exhausted. She is a disgrace to women everywhere. My right to bodily autonomy is not a question.”

This theme of Barrett being a disgrace to women, of attempting to shut down opportunities for the advancement of other women, is common among those who oppose her confirmation. Senior Abigail Aronne says, “I’m scared frankly. I’m scared LGBT and women’s rights are going to be taken away. She wants to close every door behind her that so many people fought to open in the first place.”

Students, as is much of the American public, are divided over whether or not Biden should pack the Court if he wins the election. Cooper, who is an openly gay woman and fears for her rights with Barrett’s nomination, says she hopes Biden will pack the Court. “I hope that Biden will pack the Court with enough progressives to balance out the extreme disparity that currently exists,” she says. “I will feel a lot safer and more secure if I know that there are enough people on the Court to at least give me a fighting chance at retaining my rights.”

Junior Jordan Rogers, who is also an openly LGBTQ+ female, says, “The Court should be balanced, not heavily weighed in one political ideology.”

The first major case Barrett is expected to hear is yet another challenge to the constitutionality of the Affordable Care Act (Obamacare), which President Trump and Republicans have been vowing to dismantle more years now. If Barrett sides with conservatives and votes to overturn the Act, 133 million Americans currently living with preexisting conditions that are protected under Obamacare could face not qualifying for healthcare or higher insurance premium costs; 21 million would be at risk for losing health insurance altogether; 12 million adults could lose Medicaid coverage; 60 million Medicare patients could face higher premiums; and 800,000 people currently receiving Obamacare-sponsored treatment for opioid addiction could lose such treatment according to the New York Times. 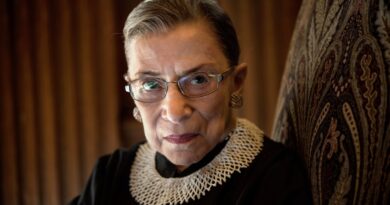 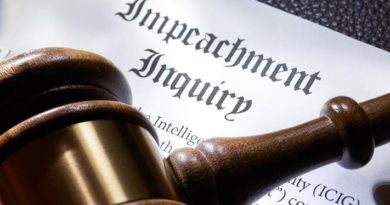 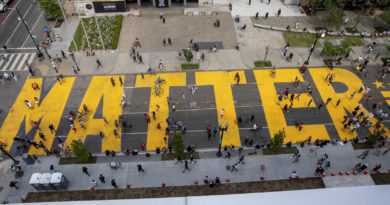