In a prequel series to the popular drama, Game of Thrones, HBO brings us back into the gritty, fantasy world of Westeros with their new spinoff: House of the Dragon. Airing 3 years after the controversial end of the hit series, House of the Dragon (HOTD) takes place 172 years before the birth of Daenerys Stormborn, the focus of the original show. Putting greater focus on the drama of the Targaryean family. This time with a lot more, you guessed it, DRAGONS!

As is typical for the Game of Thrones universe, the series centers mostly around the bloody, backstabbing, and emotional fight for the Iron Throne. While many viewers may find this set up tiresome and too close to the original series, they can rest easy knowing HOTD’s gripping new characters and unique self contained story is enough to set it apart from the original show.

Senior Andrew Northcutt agrees with this sentiment, saying, ”The basic aspects of the show are the same, it being in the same world, but I think that it’s definitely different enough.”

While the creators are bringing us back to locations we remember, it sheds them in a new light, vastly enhancing a world we thought we already knew. The production design of the show is immaculate, with most of the visual effects appearing nearly photo realistic. Most of the interiors of the great castles and banquet halls look indistinguishable from real sets, allowing for a fully immersive dive into the world these characters inhabit. From the beautiful tapestries and throne room of the red keep to the bustling muddy streets of the city below. The only area the show stumbles with it’s visuals are occasional shots of the series’ dragons. However, the sheer quantity of dragon action sequences and the uniqueness of their designs was enough to make me more than excited whenever they would appear on screen. So the occasional shot being slightly less than photo-realistic didn’t bother me whatsoever. These scenes are more than enough to satisfy any dragon fan like myself, especially as you get deeper into the season.

The show also took the unique route of using time skips between episodes to enhance the progression of the story. For the most part, this unique storytelling approach really worked for me.

“I feel like the house of the dragon is a lot faster paced for the most part. The first season takes place over a decade and so much stuff happens in that time period,” says Northcutt.

While the time skips are a crucial part of advancing the story in a natural way, I often felt stranded attempting to figure out how much time had passed. With a plethora of events happening off screen, it can often feel like you’re missing out on important information. For example, by the time you catch up with a character, they may have had three or four grown children. Attempting to figure out all of their names proved near impossible for me. With the longer time skips being nearly 6 years, the show also swaps out some of the main cast for older actors halfway through the season. I found this change jarring, but both casts definitely impressed me, keeping a high level of continuity to their characters.

Two of the standout characters of the show are “King Viserys The Peaceful,” played by Paddy Considine and the character’s daughter Rhaenyra, played by Milly Alcock and later Emma D’arcy. Viserys’ character was intriguing because of the unexpected compassion of the character, which is out of line with most of the monarchs in Game of Thrones. Northcutt says, “I find Viserys’s arch throughout the show really interesting since most kings or leaders in game of thrones are usually very cruel or war ready.”

Instead, the simple king is the moral center of the show, desperately trying to hold his family together before it tears itself apart. Likewise, Viserys’s daughter Rhaenyra is also a standout character of the show. Often portrayed as the show’s main protagonist, Alcock’s young Rhynaera comes across as strong willed and naive, but humble and practical. As the series goes on, Rhaenyra does her best to follow in her father’s footsteps as a compassionate and peaceful heir, but is bogged down by scandals and accusations from a rival faction. Even through the transition into older actress Emma D’arcy, the character overall maintains her status as a likable leading woman you can root for, even through the thick and thin her character is put through.

Northcutt adds, “Raenyra’s theme song is so cool.” Highlighting the ever present, adrenaline inducing, and emotional score of the show from composer Ramin Djawadi. Often sampling some of Game of Thrones best tracks including the iconic theme.

Some of the other standout characters were Matt Smith’s morally unpredictable Daemon Targaryen. His natural but manipulative charisma brings a new dimension to his character and makes him fun to watch but hard to root for. Olivia Cooke/Emily Carey’s headstrong Allicent Hightower was another interesting character. Hightower is Rhaenyra’s close friend turned opposition leader. Of course the relationship between the two is strained over the course of the season through typical game of thrones family drama, but both actresses do a great job setting up the two as strong, entertaining foils.

Overall, House of the Dragon did an unexpectedly amazing job immersing us into the dark, gritty, yet lovable world of Westeros. I am excited to see some interesting new characters and story lines be continued in the next season. The show also leaves us on a cliffhanger, finally climaxing with the spark of the Targaryen civil war fans have been waiting for. The show’s dragon scenes, production design, cast, and score are outstanding, and enough to let it stand on it’s own. But the show falters sometimes with confusing dialogue that often makes the audience feel left behind. The confusion  stems primarily from the frequent time skips between episodes, muddy family tree, and sheer number of characters. If you were as confused as I was while watching, I would recommend finding a YouTube channel or content creator that can help break down the episodes and explain some of the confusions. With all that being said, I can happily say that I can’t wait for the next season to be released sometime in 2024! 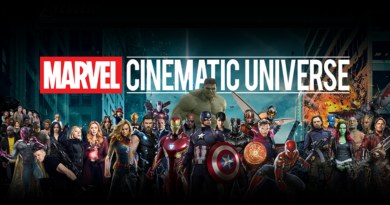 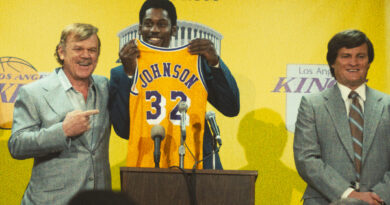