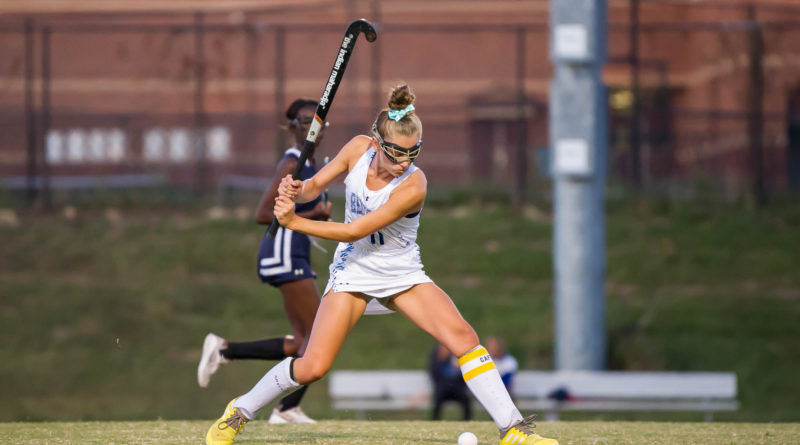 Advancing to college level play, senior Anna Eaton commits to St. Mary’s College of Maryland for field hockey to fulfill her passions of playing in a bigger league.

Eaton joined the sport in third grade, in a club team outside of school, playing forward and midfield and eventually becoming captain in tenth grade. She began going to recruiting tournaments where multiple coaches from various colleges would come watch her play. “Ever since I was younger, I’ve always wanted to commit to a school,” says Eaton.

Although she committed later than other high school athletes, Eaton settled on St. Mary’s College of Maryland after deciding to go division three instead of division one. “I want to get a good education and play field hockey and it’s great that I can do both in the school,” says Eaton.

As a four-year varsity starter at Blake, Eaton continued to grow as a player and as a leader with the team pushing her to be her best. “The team makes you stronger, they want you to push harder and it’s great that everyone is helping you to succeed,” says Eaton.

With a total of six goals and six assists last year Eaton was also voted an honorable mention of the MCPS Coaches’ All-County 2nd Team last year by Coach Patrick Howley, who’s been coaching Eaton for four years now. “She’s really good with her defensive skills of picking off passes or tackling and getting the ball and redistributing [it],” says Howley. “She’s also able to send the ball downfield really well.”

Coach Howley has been able to see Eaton improve as a player and as a person throughout her years at Blake. “She has one of the hardest hits in the county and she’s so consistent with that,” says Howley. “I’m really most proud of just the type of person that she’s still developing into.”

Athletic director Jared Fribush also had the opportunity to watch Eaton develop as a student-athlete during her years at Blake. “[St. Mary’s] will provide her with an opportunity to play, be relatively close to home, and get a great education,” says Fribush. “I’m very excited for Anna to continue her career playing field hockey in college!” 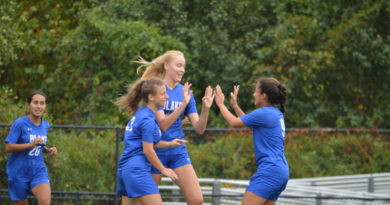