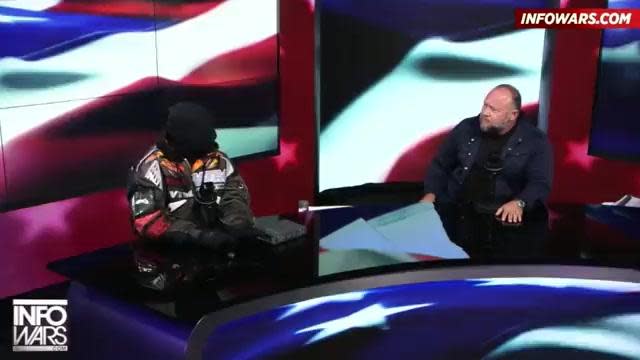 In the last month, Kanye West, now known as Ye, has publicly made seven antisemitic remarks (not including his previous remarks in past years). The reactions to West’s behavior have not been as scrutinizing as you’d think. Besides Adidas, Foot Locker, and GAP cutting their ties with the rapper, there haven’t been nearly enough consequences for his actions. In fact, his statements have done more to encourage antisemitism than to raise awareness to how harmful his words are.

Believe it or not, Ye’s antisemitism didn’t just start this year. His first antisemitic remark dates all the way back to 2011, where he stated, “I walk through the hotel and I walk down the street, and people look at me like I’m f-king insane, like I’m Hitler.”

Following West’s tweet where he remarked, “when I wake up I’m going death [sic] con 3 On JEWISH PEOPLE,” there was an increase in neo-Nazi attacks and publicity stunts. The most popular event being the Goyim Defense League’s banners that were hung above the California 405 interstate freeway that stated, “Honk if you think that Kanye is right about the Jews,” accompanied by nazi salutes.

Another statement from West, where he declined an invitation to the LA Holocaust museum, resulted in a flood of antisemitic messages sent to the establishment. Ye’s comments are condoning dormant neo-Nazi’s agenda of spreading antisemitic rhetoric publically.

“Neonazis have used Ye as a way to scapegoat their own actions. [Ye’s] fans listen to whatever he says [and] have been swayed by his antisemitism,” says Jewish senior Ava Monroe.

Ye continues to step further over the line every day with his disgusting comments and posts. During his appearance on Infowars’:  “The Alex Jones Show,” West spewed pro-Hitler/nazi rhetoric including statements like, “But [Hitler] invented highways, invented the very microphone that I use as a musician, you can’t say out loud that this person ever did anything good, and I’m done with that,” and, “I don’t like the word ‘evil’ next to Nazis… I love Jewish people, but I also love Nazis.” As if those statements weren’t disrespectful enough, West took it upon himself last night to fuse the swastika, the known symbol of the nazis, with the Star of David, a sacred Jewish symbol. This photo, along with a spew of tweets, led to the rightful suspension of his Twitter account.

The Jewish community has been warning non-jewish (goyim) people of Ye’s behaviors since his earliest remarks. There was a billboard article released in 2013 following Kanye’s antisemitic remark made on The Breakfast Club radio show. In the article, previous national director of the Anti-Defamation League states, “There it goes again, the age-old canard that Jews are all-powerful and control the levers of power in government.  As a celebrity with a wide following, Kanye West should know better.”

Ye’s well known Bipolar disorder diagnosis can not be the scapegoat for his bigoted speech and actions. Although Bipolar disorder can cause you to be impulsive or have a false sense of superiority, it can not cause you to be blatantly antisemitic. Recently, in an interview with the paparazzi, West accused a Jewish doctor of “misdiagnosing” him with Bipolar disorder. This is not only disrespectful, but (you guessed it) antisemitic. Jewish Churchill senior Syringa Abshire-Cohen remarks, “He obviously needs mental health support, but my empathy can only go so far.”

Without a doubt, there is no way anyone could possibly support Ye publicly without insinuating that they agree with his discriminatory, revolting views. By streaming his music, watching his music videos, buying his shoes, repping his merch, etc. you are telling your Jewish friends and neighbors that you agree with Ye and believe the same things he does. You are putting money directly into West’s pockets by streaming his music and buying his products. By following him you are letting him keep his platform, allowing him to continue his hate speech. Cohen believes that, “His fans that are trying to explain away and dismiss his propaganda, [which is] extremely harmful to the community. This will hurt us believe it or not.”

“I think that separating the art from the artist has been an extremely controversial topic the past few years, and that ultimately, those who acknowledge and denounce his actions [in a way are] doing as much as those contributing to the attacks,” agrees Monroe.

It would be in everybody’s best interest to educate themselves on the people they support. It is important to know where your money is going and who you’re harming with your support. Unless you are part of the Jewish community, it is not your place to forgive and turn a blind eye to antisemitism, especially in the case of Ye. Remember to listen to and support the Jewish community around you, their voices are important in times like this. 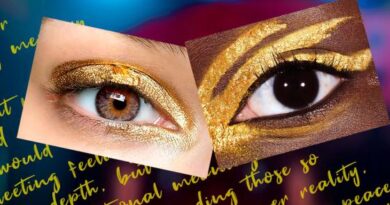 A Check-In on Chainsaw Man