On Oct 12, 2022, MAPPA, known professionally as the Maruyama Animation Produce Project Association, premiered the first episode of the long awaited and highly anticipated anime adaptation of Chainsaw Man. With the 12 episode season wrapping up at the tail end of Dec., new viewers and manga-veterans alike have had ample time to gather their thoughts about the beginning of the animated rendition of Tatsuki Fujimoto’s renowned story. If you haven’t watched the series yet, now is the time to do so, as I strongly believe the series is only going up from here.

For those who need a quick refresher of Chainsaw Man, it follows the life of 16 year old orphan, Denji. After the death of his father, Denji is left in debt to the yakuza (the Japanese mob) and must work for the rest of his life to pay it back. In a world littered with devils and fiends, Denji can only rely on his dog shaped devil companion, Pochita.

When things go south during a battle, Pochita gives up his physical form to save a dying Denji. Now, with the chainsaw powers from Pochita, Denji lives as a half human half devil. He is found by Makima, a higher up in the public safety devil hunting organization. In return for a place to sleep and three meals a day, Denji must work for Makima. The rest of the story depicts Denji’s hardships and success in the devil hunting world.

Before I get into the actual review of the show so far, I think it is important to explain the special circumstances that MAPPA underwent during their adaptation process for Chainsaw Man. MAPPA took a lot of risks when picking up this show, so bringing their efforts and impulsive decisions to light is important in the greater scope of how the show turned out. Normally, when an animation studio picks up a series to animate, they aren’t the only company involved. Common practice is for the animation studio to strike up a deal with a production committee that will help pay for the project. However, when a  production committee (and investors such as the tv broadcasting station) gets involved, they earn royalties from the project once it is done, and usually get more money back from the project than the studio who animated it.

As MAPPA is a relatively new animation studio, they don’t really have the funds that other big names in the animation industry of Japan do. The studio only recently started investing money into their projects in return for royalties because they were afraid of losing money they barely had on projects that wouldn’t blow up. They would rather just be paid by the committee for finishing the project than put money into a project that might not do well.

After their success with the adaptation of Jujutsu Kaisen and Attack on Titans final season, however, MAPPA saw the importance of investing in return for royalties. When MAPPA asked Shueisha for the rights to adapt Chainsaw Man, they struck an offer that nobody could refuse. The studio said they would forego a production committee, and pay for the entire production out of pocket. This decision was a major risk because the adaptations success would be the only way MAPPA could make the exuberant amount of money it spent on the project back.

The monetary risk wasn’t the only risk that MAPPA took with this project. This project is the director, Ryu Nakayama’s, directorial debut. Along with a rookie director, the animation team is also full of newbies. The idea was that the team animating the series would be around the same age as the creator of Chainsaw Man, who is 30 years old. Most of the team is in their twenties and this series is the first real project for a lot of them. As you can assume, this can be very scary to think about. A very anticipated anime is being animated by a bunch of young first timers, with a giant monetary burden on their shoulders. Even with all this pressure, the team proved that they could handle a situation like this.

With that being said, let’s get into the actual review of the show.

The show is very faithful to the manga, which is a major positive. Exact panels, and even chapters, are being animated precisely the way they were drawn in the manga. This notion isn’t very common in adaptations anymore, so it’s really refreshing to see. As someone who read the manga long before an anime adaptation was even a possibility, I really appreciate how careful and nitpicky the animators and directors are. They completely understand how highly anticipated the series is, and are doing everything in their power to make sure they tell the story the right way.

The character design is one of my favorite aspects of the series. MAPPA’s rendition of the colors, aesthetics, outfits, and hairstyles were on point. They made Makima’s eyes look just as mesmerizing as they were in the manga. They made sure that Power and Denji’s teeth were sharp and pointed. The designs were extremely faithful to the source material, while also having their own animated flare. The characters were brought to life rather than just being moving versions of the manga characters. (They made Aki look so good, you guys don’t understand I love that man so much.)

Design as a whole was really good. It is grotesque and grungy. It is dark and creepy. It is Chainsaw Man. Every ounce of blood, gore, and violence is perfectly placed to immerse you into the disgusting timeline. The perversion that most of the characters have only amplifies the foulness that makes the series what it is. I’m genuinely surprised that MAPPA kept a lot of the risque scenes in the show, due to how little I see that sort of content in mainstream anime. The studio genuinely did what they could to preserve the greatness of the original.

When most people hear about CGI being used in anime, they get skeptical; rightfully so. After seeing the disaster that was Berserk 2016 and MAPPA’s own Inuyashiki, it is very reasonable that people would be wary that Chainsaw Man would have some CGI. The anime world is still experimenting with how to make 3D models look natural in a 2D animated atmosphere. To my surprise, MAPPA actually did a pretty good job. They were very sparing with where and when they used the CGI. Denji’s transformations into Chainsaw Man and the enemies he (and other good guys) fight are the only times that the 3D models are used, and it doesn’t look that bad. It was actually refreshing to see CGI being used in a tasteful way, enhancing the series rather than destroying it.

One complaint I have is the pacing of the show. This might just be because I read the manga, but the plot-lines are being severely dragged out in the animated rendition. Scenarios that only took a chapter or two (which you can read in around five minutes each) are dragged out between two (or three) twenty minute episodes. It feels a bit unnecessary to have these plots being stretched out way longer than they were in the source material.

The sound design specifically for the voice acting wasn’t my favorite either. Don’t get me wrong, the voice actors themselves did a wonderful job. I just dislike the fact that the voice lines sound like they were recorded in a closet. It doesn’t sound like these are the real characters speaking, it sounds exactly like a voice actor recorded a line and they dubbed it into the show. This isn’t just a complaint for Chainsaw Man though. I have this problem with a lot of anime that have been coming out recently. Older anime’s perfected the skill of making the voice sound like it is coming from the character, but now the sound design is shallow and one-dimensional.Overall, I am very excited to see what MAPPA does with future seasons. It gets the manga reader stamp of approval. My critiques of the show are nit-picky, which could only happen if the show did so much good that I could barely think of anything bad. I am rooting for the team involved and I hope that their adaptation becomes as well loved as the manga. Chainsaw Man is in good hands, and I fully trust that the adaptation can only get better from here. The show is streaming on Hulu, Crunchyroll, and Prime Video, so go catch up while you still can. 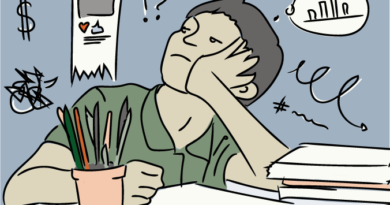