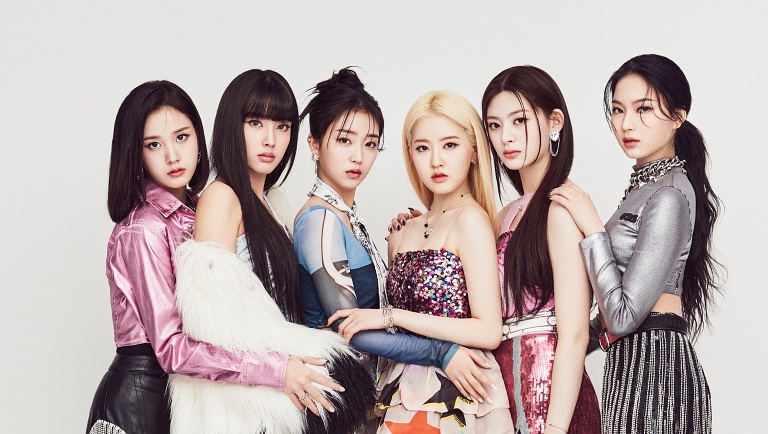 Korean pop, or otherwise known as K-Pop, has been steadily rising in popularity during recent years. Most people associate K-Pop with in-your-face bubblegum pop, and while there are a number of cutesy and cheery pop songs amongst the genre—which isn’t a bad thing at all. I love bubblegum pop. I am bubblegum pop’s biggest fan—that just barely scratches the surface of the K-Pop genre. Although it is called K-Pop, the genre does not tie itself down to just pop music, and it is actually a fusion between several other musical influences such as hip-hop, R&B, alternative rock, and various others.

There is something for just about every kind of music fan amongst the genre. Being such a broad genre, getting into K-Pop for the first time can be difficult to navigate, or know where to begin in the first place. Which is where I come in; This has been my big interest since like, 2018, so I know a thing or two or more about this stuff.

Don’t Know Where To Start?:

Checking out recent releases such as superstar sextet STAYC’s “RUN2U” or starlet soloist’s Taeyeon’s easy breezy hit “Weekend,” are good ways to dip your toes before diving into the depth of the genre. If you’re an avid TikTok user then you’ve probably heard “Lilac” by Lee Jieun, or more formally known as IU. Sure, the little 15 second snippet is good, but the entirety of the shimmery feel-good tune about new beginnings is definitely worth a full listen to.

“Movie Star” by CIX, “La Vie En Rose” by IZ*ONE, “No Air” by THE BOYZ, “Gotta Go,” by Chungha, who you may already know from her associations with 88Rising, are also some really good starter songs for new fans.

As you probably guessed, the genre of K-Pop has a lot of pop songs within its midst. Oh! My Mistake by April is quite literally one of the best songs you will ever hear in your mortal life. The synth-pop song has the same beloved retro sound reminiscent of classic 80’s tracks. Paired with the group’s trascendental vocals and stellar harmonization, the song makes for something I would like to call pop perfection.

One of my favorite songs ever, “Square (2017),” by soloist Yerin Baek, is a hard-hitting power ballad with honey-like lyrics that sing of an almost enviable connection between two lovers. The way Baek belts “Come take my arms and go, I’ll be yours for sure,” makes me swell with a sense of yearning. The song is also sung in the English language which makes it a good gateway to explore more of the Korean music scene. The album this single hails from, Every Letter I Sent You, is one of my favorites. Each song is wonderfully written, with the album itself feeling warmhearted and welcoming like the arms of arms of a lover.

Although supergroup BTS may make pop music that is smooth like butter, that is not the only thing they have in their artistic arsenal. Since the beginning of their career, the seven have consistently incorporated hip hop and rap into their work. Their 2014 track Hip-Hop Phile, the group’s three primary rappers SUGA, J-Hope, and RM, showcase their distinct styles of rapping as they perform a three minute ode to their hip-hop inspirations, as well as the genre as a whole. Their four cyphers and their solo works are all worth checking out if you’re a fan of rap.

90’s Love by NCT U, a subunit of supergroup NCT, which consists of 23 members (and counting), is an homage to 90’s hip-hop and R&B. It pulls inspiration from quintessential aspects of the 90’s hip-hop scene, such as sampling the iconic Poison by Bell Div DeVoe. I could not physically put into words how much I adore this song. It is both classic and fresh, pulling influences from our favorite nineties sounds, as well as bringing something unique to the current K-Pop scene.

Hailed as one of the most prolific solo artists in the Korean industry, DEAN is definitely an act you need to check out if you consider yourself to be an R&B fan. His 2017 extended play, 130 Mood: TRBL is a perfect patchwork of contemporary R&B that seamlessly weaves together a Bonnie and Clyde-esque love story through every track. One of his other more well-known songs, Instagram, is a contemporary caricature of what it’s like to be young during the reign of Instagram and has even been recommended by none other than Justin Bieber himself.

Baekhyun of EXO fame, is one of many K-Pop idols who dabble in R&B during his solo endeavors. Throughout his time as an idol, Baekhyun’s been praised for his superb vocal ability, and his first EP, City Lights, testifies to that idea perfectly. With his emotive and versatile voice, Baekhyun is able to craft a 22 minute mixture of many forms of modern R&B. The lead single, UN Village is an alluring account of a night shared between two individuals. My personal favorites from the EP are “Ice Queen” and “Betcha,” which are more on the upbeat side.

Though not scientifically proven yet, I can hereby attest to the notion that the former emo phase to K-Pop stan pipeline is a real phenomenon (and more common of an occurrence than one would originally presume).

Five piece DAY 6’s 2018 release “Shoot Me,” never fails to transport me back to my middle school days of wearing chokers that were far too big for me and blasting Pierce the Veil at seven in the morning. From the wailing laments in the bridge, to the hard-hitting drums, the razor-sharp shreds from their two guitarists, and the song’s edgy lyricism, this song is definitely the perfect tune for any erstwhile enjoyer of Emo music looking to diversify their playlists.

“CLAP” by Seventeen (who, despite the name, only consist of thirteen members), is an energetic pop-rock song with an ever present guitar throughout the song that is seamlessly fused with classic K-Pop aspects, like a succinct, yet sweet rap verse. The choreography for this song is something that us average people could only cognize about attempting. Seriously, do yourself a favor and watch one of their dance practices. Synchrony is synonymous with Seventeen, and you’ll be able to see that with just one perfectly timed step.

I just like talking so here are my favorite K-Pop songs ever that I think you should listen to because I said so: “Go Big or Go Home” by ENHYPEN, “OH!” by Girls Generation, “Top Secret” by Weeekly, “Spring Day” by BTS, “Express Moon” by Jo Yuri, “I’m So Sick,” by APINK. Go listen because I said so, and yeah.

Music is a language on its own, so you don’t need to hinder your listening experience by only consuming music in your native one. K-Pop constantly redefines the world’s music expectations with their out-of-the-box musical concepts and their polished performances. It’s truly an art form in itself. Although you may have a preconceived notion about the genre, you should take a step outside of your comfort zone and indulge yourself in the world’s new favorite genre. 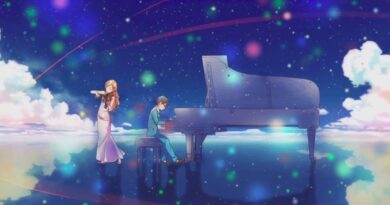 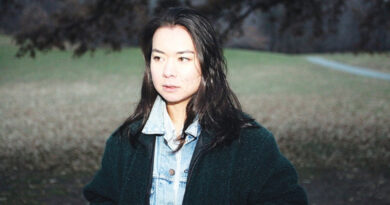 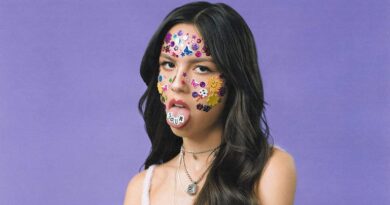