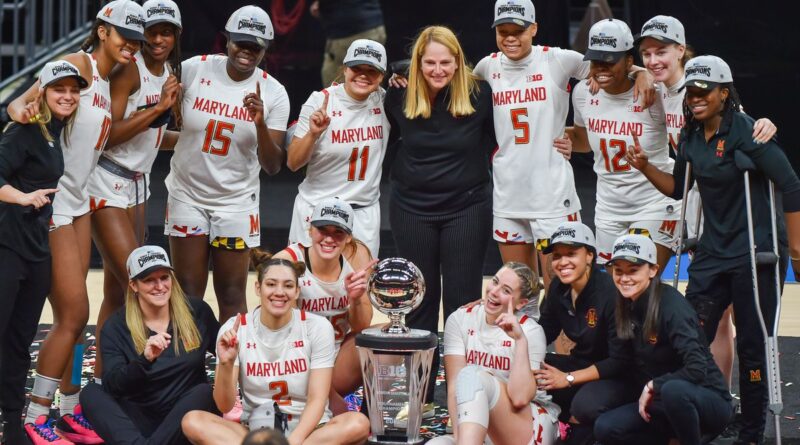 After going 21-2 during the regular season, sweeping easily through the Big Ten Conference Tournament, and ending their season on a 13-game winning streak, the UMD Terrapins were picked as a 2-seed in the NCAA Women’s Basketball Tournament.

The Terps have held their own all season long, never dropping below a No. 14 national rank in the ESPN NCAAW Basketball rankings. Ending the last couple weeks of the regular season holding the No. 7 rank, the Terps are a force to be reckoned with heading into the NCAA Tournament in San Antonio.

As the No. 1 seed in the Big Ten Conference Tournament, and with the rest of a two-round bye, the Terps scored 83, 85, and a whopping 104 points against their three opponents, taking each game by double digits. In the latter championship game against Iowa, Senior and Mississippi State transfer Chloe Bibby led the Terps with 21 points. The team also had a 44 3-point field goal percentage in that game, keeping up with their nation-leading 40.7 3FG%. Although they would’ve qualified regardless, winning the Big Ten tournament gave the Terps an automatic entrance to the March Madness tournament.

Heading into March Madness, the Terps were given a 2-seed and a NET ranking of 5th overall. They will face 15-seeded Mt. St. Mary’s in the first round on Monday, March 22 at 4 pm. The Terps contest against Mt. St. Mary’s earlier this year was cancelled, so there aren’t any direct references. But, led by Big Ten First and Second teamers Sophomore Ashley Owusu and Senior Katie Benzan, respectively, the Terps are given an over 90% chance of winning in the Round of 64 and an over 75% chance to make it to the Sweet 16, according to ESPN’s Women’s Tournament Challenge participants.

At the last March Madness tournament during the 2018-19 season, the 3-seeded Terps’ season ended in the Round of 32 with a loss to the 6-seeded UCLA Bruins. This year, the 2-seeded Terps are likely to face 3-seeded UCLA in the Sweet 16. But, with their nation-leading 3FG%, third best 49.3 FG%, 16th fewest turnovers rank, and 25th best rebound margin, the Terps top UCLA in multiple categories, seriously diminishing the Bruin threat.

The one-seeds in this tournament include Stanford, UConn, NC State, and South Carolina, and although the Terps didn’t quite make it into that selection, they can likely hold off against these opponents. South Carolina and Stanford show up on the Terps’ side of the bracket, with South Carolina, the Terps’ closest match skill-wise, sharing the space with them in the Hemisfair region.

Compared to the 10-seeded UMD Men’s Basketball team in their postseason tournament, the women’s team holds a much better chance of heading deeper into their tournament. Despite this fact that holds true for the many women’s basketball teams, all of the women’s March Madness participants have noticed that there are significant differences in treatment between them and the often inferior men’s teams, including in weight room supplies, meal plans, and merchandise-filled “swag bags”.

Twitter exchanges over the past weeks between enraged players and fans have circulated images of the two very distinct women’s and men’s playing environments. UMD’s Assistant Director of Basketball Performance, Keith Pough, added his thoughts by posting videos of UMD’s WBB players powerlifting up to double their body weight, in order to further disgrace the NCAA’s decision to provide the women players with mere-30 lb dumbbells.

Regardless of these inequalities, the 2-seeded Terps are looking towards a great deal of success in this year’s March Madness tournament. The Terps first round game will be streaming on ESPN on Monday at 4pm, so be sure to check them out! 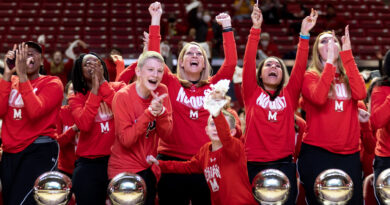 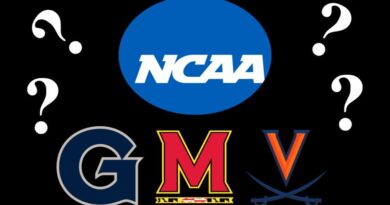 Which Local Team Should You Root for in March Madness?