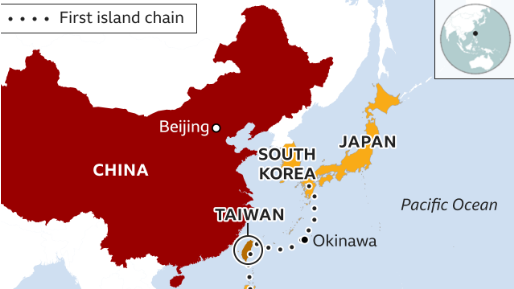 With the recent Russian invasion of Ukraine finally ending 80 years of relative peace between the world’s great powers, the security of Taiwan from a similar attack by China is now at question.

For context, the conflict between China and Taiwan has been fundamental to the small nation’s existence, as the aftermath of the Chinese communist revolution left the previous government fleeing to the offshore territory for refuge. Since that point, Taiwan and China have constantly been disputing the sovereignty of the Chinese mainland, as Taiwan claims all of greater China and the current Chinese government claims the territory of Taiwan. Despite this disagreement, neither nation has committed to a military invasion of the other, though it seems increasingly likely that China might do so.

With a Chinese invasion of Taiwan appearing imminent, the question of its relative military strength compared to Taiwan comes into question. China’s military (The People’s Liberation Army) has the most active military personnel of any army in the world, employing over 1.04 million soldiers.

In the context of an invasion of Taiwan however, neither of these numbers matter much in comparison to China’s massive navy (The largest in the world). China maintains an active fleet of 32 destroyers, 48 frigates, 57 medium landing ships, 223 additional coast guard vessels, and 2 aircraft carriers. This fleet is supported beneath the surface by a submarine fleet of 56 diesel-powered attack subs and six nuclear powered ballistic missile submarines.

China’s military has been consistently modernized as well, with the country employing next generation aircraft and some of the highest quality naval vessels in the world.

With such a massive military threatening a potential invasion, Taiwan’s ability to fend off such an assault has become increasingly relevant to the country’s survival. Despite this, however, Taiwan’s military is relatively tiny compared to the Juggernaut across the sea, and as such the country relies heavily on foreign aid in order to dissuade an attack.

Taiwan maintains an active military force of 88,000 personnel, less than 1/100 the size of China’s army, and only possesses 8,000 tanks to support that number. Taiwan’s air force doesn’t fare much better, with only 400 fighters and 30 special mission aircraft in service. Taiwan’s navy is somewhat more powerful, with 4 destroyers leading a fleet of 22 frigates and 23 additional coast guard vessels, however compared to the largest navy in the world it is somewhat lackluster.

In terms of modernization, Taiwan’s military is somewhat up to date because the majority of the technology it employs has been sourced from the U.S. (Taiwan’s primary protective ally and the only nation capable of rivaling China’s military power), however this hardly compensates for its smaller relative size.

Though Taiwan’s military is unquestionably less powerful than China’s, the tiny nation does have a number of allies that it can rely on in the case of an invasion. The neighboring countries of Japan, South Korea, and the Philippines would all likely provide aid in some form if China initiated an attack, as all three of these nations are themselves fearful of being dominated (In some form) by China’s increasing power.

The primary reason why these countries would call up arms however are their ties with Taiwan’s most significant ally against the looming Chinese threat, the world’s only current superpower, the United States. The United States has made it abundantly clear that if China ever begins an attack, then it will immediately come to Taiwan’s defense in an attempt to preserve the Country’s independence.

The U.S. maintains this defensive position over Taiwan for a number of reasons, with the two most significant being the States’ overreliance on electronic chips manufactured in Taiwan (Which the country would lose access too should Taiwan ever fall to China), and the rivalry it shares with China for the position of the world’s leading great power.

The security the U.S. offers to Taiwan is likely the primary reason that China has not already prepared for an attack, however with the nation having not sent direct military aid to Ukraine after an invasion from their second most prevalent rival Russia, this factor may not be significant enough anymore.

Even with this foreign support, Taiwan’s defensive capabilities may still be outmatched by a full-scale Chinese invasion force, however in spite of this the country’s natural geography may still allow it to succeed.

Taiwan is an island off the coast of China with no land connections to the mainland, and because of this China will be forced to use primarily Naval power to successfully invade the country. However, Taiwan has long since anticipated an invasion in this form, and as such has employed a number of mines in the strait between the two countries in an attempt to destroy any incoming vessel from China.

Additionally, Taiwan has constructed hundreds of defensive fortification structures across its accessible beaches in order to counter any Chinese landings, making it extremely difficult for China to occupy Taiwan with its massive army. Taiwan does not possess any nuclear weapons to potentially use as a last resort, however the country’s economic position and increasing technological capabilities mean it could develop them soon. Because of this if China does actually plan on invading Taiwan, it will likely have to begin somewhat soon or the island nation may be able to employ a nuclear deterrent.

Even with this possibility in mind, the likelihood of a Chinese invasion of Taiwan is stil fairly low due to the extreme international conflict that it would provoke, however given the modern circumstance we must always be wary of that chance, however small it may be. 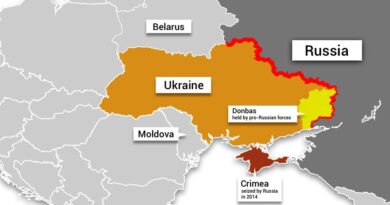 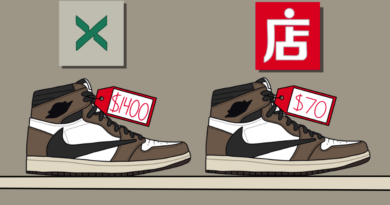