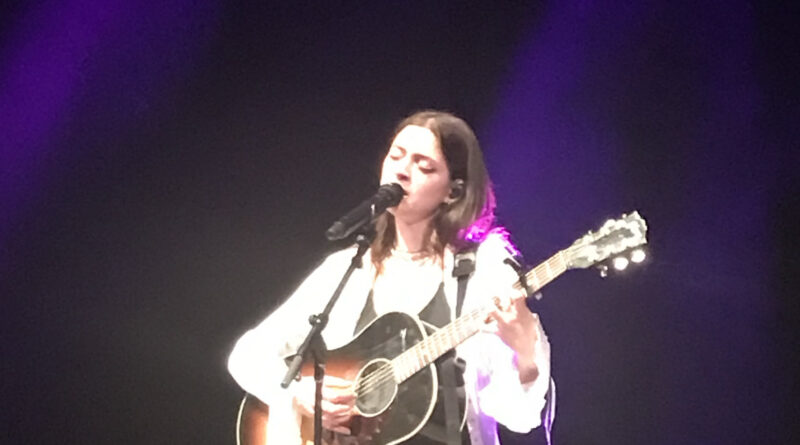 On Saturday, September 24th, the Howard Theatre bustled with energy as people crowded together in the pit, illuminated by the deep blue lights from the stage. We were anxiously waiting for Lizzy McAlpine to come out, wondering which of our favorite songs she would perform. This was her first Washington DC performance on her first headline tour, so the anticipation in the theatre was very high. I hadn’t even heard about Lizzy McAlpine until my friend, Amy Berger (junior), recommended her and asked me to go to the concert with her. But her incredible performance on Saturday has only motivated me to listen to her even more. McAlpine is the American singer-songwriter behind indie-folk songs “Pancakes for Dinner” and “Apple Pie” which have both received over 20 million streams on Spotify. She released her sophomore album, “five seconds flat” in April 2022, announcing her tour just before its release.

At around 9:00 pm the show started with Lizzy’s opener, Carol Ades, who was a contestant on the fifth season of The Voice. For having general admission tickets, my friend and I got perfect spots and were able to see Carol and the stage clearly. Carol’s approach to the audience and her music was so genuine and charming, and she was so willing to connect with the fans in the audience and share personal anecdotes. She kept acknowledging how sweet Lizzy McAlpine fans had been to her on the tour, and she shared a humorous story about how great it was to be back in DC in happier circumstances after getting rejected from a university in the area a few years back. She then sang five of her own songs, including “Sadtown USA” and “I Can’t Wait to Be British.” I loved how she handled her interactions with the crowd and her confidence in sharing vulnerability on stage.

About 20-30 minutes after Carol’s performance, Lizzy made her appearance on the stage. She opened her performance with the song “an ego thing,” which is the second song from five seconds flat. I think this was a great choice for an opener, with the strong bass and vocals cutting through the cheering of the audience as they sang along. I think the audience’s excitement to see Lizzy live was slightly overwhelming for her, based on her expressions, but she seemed really happy to be there singing for everyone. She noted how crazy it was that she had written the majority of her songs by herself during quarantine, and now she’s singing them in sold-out theatres with fans repeating every lyric back to her.

Lizzy followed up with multiple of her most-streamed songs, such as “ceilings” and “Give Me A Minute.” Since this was her first headline tour ever, she performed songs from both of her albums, as well as one piece from her live EP, When The World Stopped Moving. I believe that this song, “Angelina,” was the best part of the entire concert (probably biased since this is my favorite song of hers). For this song, Lizzy dismissed her entire band from the stage except for her electric guitar player, Kelly. Up until the instrumental bridge of the song, Lizzy sang with just her acoustic guitar, the audience singing every word along with her. In the studio album, the instrumental bridge is played by a trumpet, yet this bridge was played live by Kelly and Lizzy as a duet between the acoustic and electric guitars. It was absolutely incredible how soft Kelly’s performance was, and how well it fits with the song. I’m honestly glad that I didn’t get this moment on my phone, as I was so focused during the moment and I definitely wouldn’t have enjoyed it as much if I was watching it through my phone’s camera.

While Lizzy’s interaction with the crowd wasn’t as often as Carol’s was, she stopped every few songs to say a few words about how grateful she was to be singing in DC for us. She also noticed somebody in distress several rows back from where I was standing, and made sure that group was okay before she continued. During the concert, Lizzy also sang two unreleased songs. The first, “Emma,” was a heartfelt song about her sister, which successfully made my friend Amy Berger cry. The second, “come down soon,” was premiered for the first time ever at this concert. While some of her other unreleased songs have been played at multiple concerts or posted on her social media, this night was the first time that fans got to hear this particular song. The silence that spread across the theatre as everyone first experienced this song was absolutely breathtaking.

Lizzy made her announcement for the last song abruptly, which was slightly disappointing at first. However, she kept hinting at performing more songs, and when the crowd chanted her name after she left, she ran back on stage with a smile on her face, agreeing to do three more songs. The crowd erupted in applause and cheers as Lizzy prepared to sing her final few songs, which included fan favorite “Pancakes for Dinner.” This was the song that first introduced me (and undoubtedly many people) to Lizzy McAlpine’s music, and hearing the way she sang it live was a full-circle moment for me.  She closed the concert (“For real this time,” in her words) with “orange show speedway,” the final song from five seconds flat. I think finishing the concert with the closing song from her latest album was such a nice touch to the experience because nobody wanted the night to end, but the whole audience kept the energy and excitement high for the entire song. Overall, this concert was an emotional, powerful moment that I won’t forget anytime soon. Amy Berger, after watching both Carol Ades and Lizzy McAlpine perform, said, “They were incredible. Everyone in that theatre was practically exploding with pure energy and joy.” I believe that this concert was a great success for Lizzy McAlpine’s first tour, and I really hope she decides to go on more tours in the future. 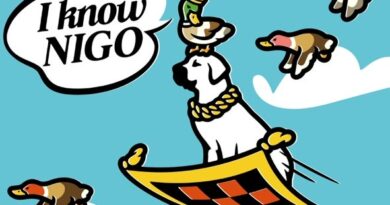