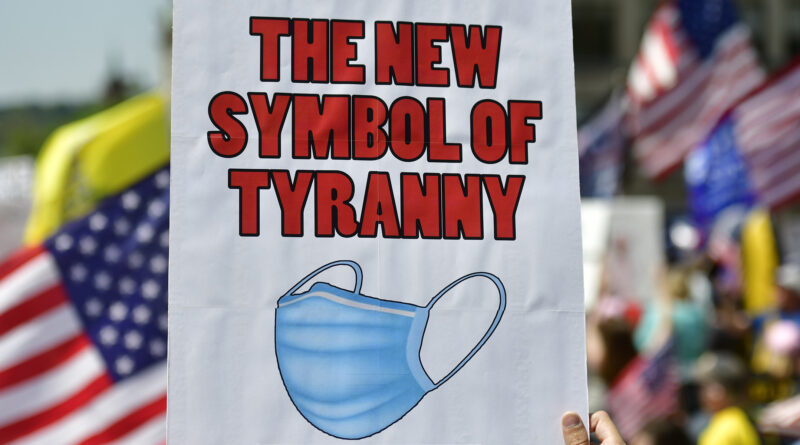 In the sea of masked Bengal faces, every now and again you might catch a glimpse of someone’s nose spewing out COVID-19 infused germs at the speed of light. Petrified teachers rush to cover up their face as the students slowly take out their phones, lurking in the background, waiting for the perfect chance to catch the “no masker” in the act.

If you’ve been anywhere on Instagram as a Blake student, there is no doubt that you have seen the infamous @BlakeNoMaskers. They gained over 600 followers in a matter of two days, with some posts gaining nearly 400 likes. The student-led account posts photos of people who dare to wear their mask incorrectly.

“I don’t know why I put my mask down,” laughs junior Darius Cameron who was featured on the page, “I just did. I think it is funny but now people think I’m not huge on masks which isn’t great. Still funny though.”

“I just pulled down my mask to activate the face unlock on my phone,” says senior Stephen Forbin, who was also posted. “I didn’t think I could get caught so quickly.” The idea that he was caught after pulling his mask down for a few seconds was a mild shock.

A Blake Beat Instagram poll of 80 students showed that 75% of respondents approved of the account. Most people seem to think it’s a funny and great way to keep masks up. However, many are nervous at the prospect of having their photo taken without their knowledge or consent. It’s not uncommon for someone’s mask to have just fallen off for a few minutes where they didn’t notice. Some students were even photographed while they were some six feet away from others which is allowed.

An anonymous reply to the Blake Beat Instagram had this to say: “Taking photos of students without their permission and posting them online doesn’t sit right with me. It could cause violence towards the person who started it. I feel like there are better ways to go about enforcing the mask mandate.”

“Sure, you can’t really get mad about it because school is a public space, but you’re still endangering people,” says senior Graham Ferguson.

Math teacher Tara Green says, “I’m very upset that teachers got caught while giving up their lunch period to help students.” However, many teachers who were featured on the account were not eating, so they have no reason to be disobeying the guidelines.

Luckily for Ms. Green, the account was recently taken down. Considering the legality of posting pictures of minors without their parents’ consent, this should come as no surprise as the account is attached to Blake by name.

“I think it’s very mysterious, I want to know their identity,” notes junior Jaylen Tucker. Administration will no doubt agree once they get word of it.

And it appears they did. As of this morning, the account has been removed. Before then, the Blake Beat reached out to the account, and they had this to say; “The idea came to me randomly, and I honestly thought it was pretty funny. Now I’m worried about people finding out who I am; I’ve been receiving threats and mean [DMs].”

There was a spin off of the account created called, @BlakeEaters which posted pictures of unmasked students and teachers peacefully eating their lunch. The original account has some merit in that it kept students alert and following COVID-19 guidelines, but this seems a bit ridiculous.

“I value my lunch time. I want to eat without living in fear of being caught with my mask down,” sighs junior Amy Lamb. While she may have been exaggerating, the message is still there. Will Blake students have to worry about being photographed at any time? This is a public school, not a birthplace for future paparazzi.

Another photo was passed around on Halloween, displaying a group of students wearing their costumes. These photos were taken without their consent, and many people left mean comments regarding their attire. Where do we draw the line between cyberbullying and just calling someone out? What is to stop students from creating accounts displaying ugly outfits or hair styles?

While @BlakeNoMaskers has positive ideas behind it, most students question its effectiveness. A Blake Beat Instagram poll said that 53% out of 67 voters felt that no change had been made to the number of students with their masks down.

Senior Alayna Brandolini says “I know it’s kinda mean but honestly it makes me laugh.” Despite any drama it may have caused, there is no doubt that it added a bit of fun to the week. @BlakeNoMaskers was a school wide inside joke that we needed during the stress of the quarter ending. 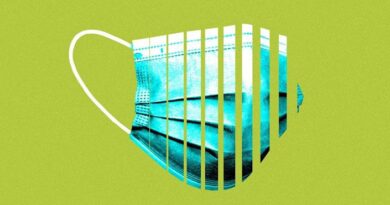 From Mandate to Mandate: Montgomery County Moves on Masks