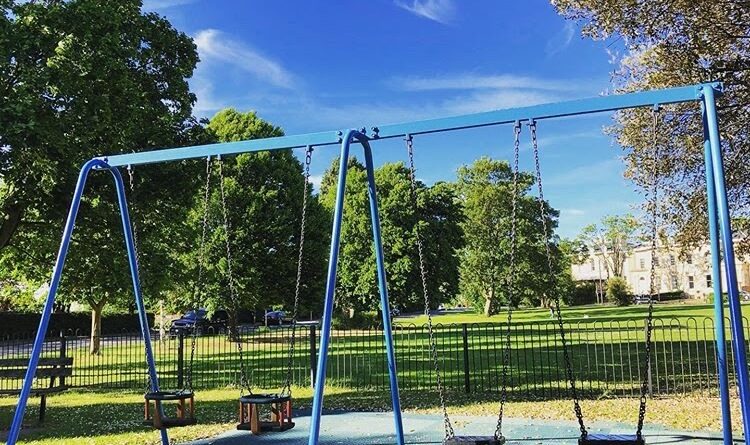 Once upon a time. Call me Ishmael. It was the best of times, it was the worst of
times. Every good story has a good opening line: so why can’t I come up with one?
Maybe because I do not wish to be telling this story.

I stand 5’7” in low flats, and I weigh 203 lbs. I am nineteen years old for the next
twenty minutes. I am fairly strong. I wish to be stronger. I wish to be naïve, the most
privileged of traits: then I would not know how naïve I was. I wish to pray. I wish to
scream. I wish for silence. I wish for discord, to be complimented only by eternal peace.
Maybe I should take inspiration from copyright. Plagiarism’s little sibling.

I’ve heard whispers of what Undesirables hear, leading up to their twentieth
birthday. First, there’s the hovercraft, gliding up the road, spitting up golden sand.
Then, there are boots on the ground, and the WalkerComms humming, before the polite
knock on the door, a semblance of order and mercy. After that, it differs: sometimes
there’s a scream, pleading, gunshots. Sometimes there’s a fight, a scuffle. Usually,
though, it’s swift and brutal, too quick to think, too cruel to scream. I know what
happens after that. Nobody has told me. I do not need to be told. I do not wish to be
telling this story.

I’ve also heard whispers of the Earth, sweet Earth, as it is beyond The Deserts,
way up north. Those who are fit get sent there on their twentieth birthday, for twenty
years of Restoration. If you’re lucky, you won’t be sent back to The Deserts afterwards.
You’ll get to stay.

“You know what I miss the most about The North?” I once heard my father
wistfully ask my mother, reminiscing over their own twenty years of Restoration.
“Green. Not any of this tan-camel sh!t. Pure, uncut, green. So vivid that it burns your
retinas and taints the air, all crisp and fresh-like.” I was four when this happened. Now,
I am nineteen. Soon to be twenty. My parents were fit, though they were not lucky.

Damsel in distress. Damsel starts with “damn.” I am damned. I am in distress.
Lady in waiting. I am a lady. I wait. Reduced circumstances: my circumstances have
been reduced. These are the types of thoughts I think as I wait for what will surely mean
my end. I do not wish to be telling this story.

There are only minutes left now. I do not know how many. I can hear my mother,
humming forcefully as she combs Janet’s hair. My father is banging around somewhere,
out of sight, distracting himself, thinking of nothing.

I can hear it now. Down the street, almost silent. Once, they would have said that
the birds stopped singing. There are no birds. Crickets! Comedians would once declare,

in order to save face after a bad joke. There are no crickets. It’s whirring up to the door
now. It has stopped. The boots go crunch, crunch. There is a knock.
They are here.

I can hear my mother getting up, opening the door. She lets them in. There is
silence, before a particularly loud bang from my father in the other room. He does not
wish to interfere, and neither do I. Janet says nothing and does not move, but I can feel
her smirking at me, her Undesirable older sister. I do not look at her. I do not stand.
They are next to me, now. Two large people on either side of me, grabbing my
elbows, hoisting me up. I look up to the one on my right, curiously. He is young. His
scrubbed-pink face clashes with the dark red of his uniform. I look to my left. She is
young, too, with dark skin and a strong nose, like an eagle. I let them drag me like a
rag-doll. I feel timid. Docile. I feel like the word scream. I wish for this silence to
continue forever, unbreaking.

They toss me into the back of the dark, barren hovercraft and slam the door.
There is no light. I cannot see. I do not want to. I hear them get into the driver’s pod. I
do not scream or plead. I know what will happen to me.

Margaret Atwood once described the emergence of Gilead as slow. “In a
gradually heating tub, you’d be boiled to death before you knew it.” They did not know,
in her book.

Once upon a time, people had yards. Trees. Grass. All the green a man could hope
for. We’d destroyed it. We knew we were doing it, but we didn’t stop. We couldn’t stop:
destruction provided the high we needed. More addictive than methamphetamines,
more euphoric than the crudest sex. There was something necessary about this evil, this
pure act of animalistic rage.

I should not have used that word. Animals know better.

We were weak, said The First President, in his famous speech. We were a society
dying. An endangered species. A useless breed.

I shall liberate you, he went on, from this destruction. We will make the Earth
new again. I’ve seen statues of him. Artist renderings. In them, he’s handsome, with a
strong jaw and trusting, wide eyes. Rumour has it that he didn’t look like that at all.
Rumour has it that he was fat, with eyes like a mole rat. Rumour also has it that he had a
bent spine, twisted like a scarf hung up to dry. An Undesirable with an unsure, pleading
face. Cameras were not allowed. I would not know.

I am only twenty, after all.

I do not know how long I have been in here for. The ride is smooth. My stomach tips
cautiously. I would like a hug. I thirst for touch. Give me physical contact, or else I shall
surely die.

I’m being dramatic now. That will not kill me.

I know what will.

Does lack of love kill? Maybe it does. Maybe the need to be told that you’re loved eats
away at you, deep, deep inside somewhere. Beneath the skin and bones, there is a mind
that craves to be needed. It kills you, slowly, this need for affection. In a room full of
people, you would have nobody, nobody to touch, nobody to tell you your name, softly,
repeatedly, as proof you exist. We need this proof, or else we will surely fade. A death
that is slower than an execution, but colder than a murder. Punish me for being Unfit,
but please do not hurt me for being unlovable.

I conform to two categories that make me Unfit. First, the most heinous of
crimes: a birth defect. My right hand has one finger, bent in four spots. Second, a
casualty of the first: high fat content. Though I am well-muscled, I have a layer of fatty
tissue over it. Those who are Unfit are given till their twentieth birthday to fix
themselves, assuming the problem is their weight. There are fitness programs for The
Youth. Of course, I never went to one. What would be the point, with a hand like mine?
They send us to Mars. We must not take up valuable resources. At Mars, we will
work on the dirty, dark side of restoration: manufacturing. We will do this until our
deaths.

The hovercraft has stopped now. They are going to send me up there. Goodbye,
sand. Goodbye, tan-camel sh!t. 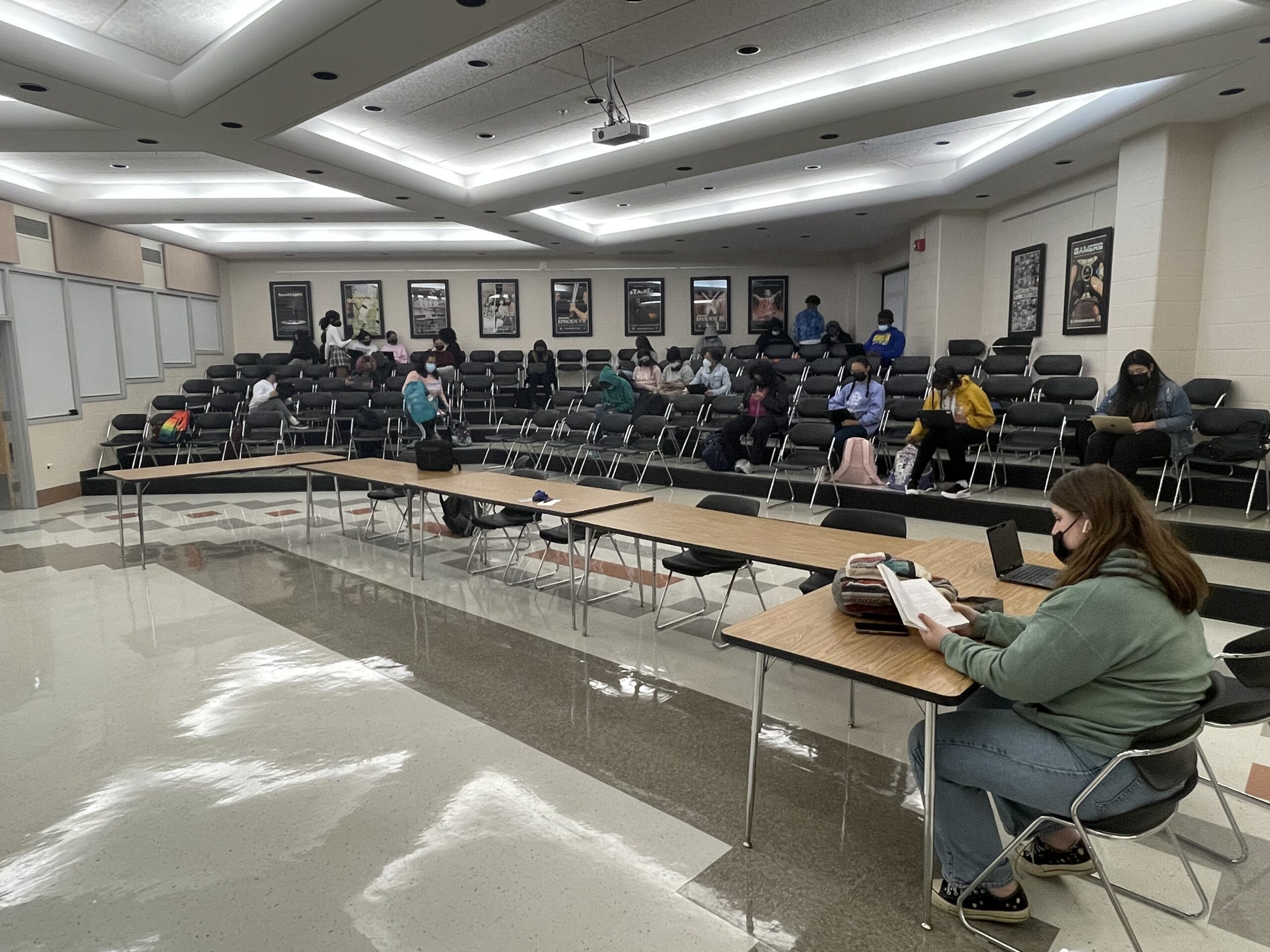