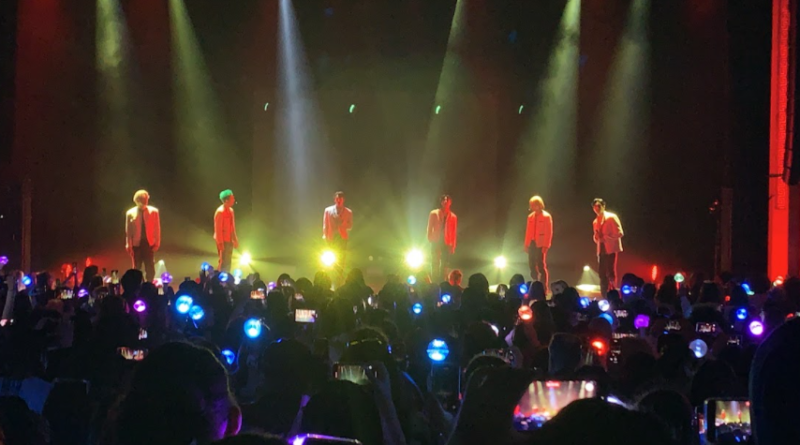 On the weekend of the 13th, I went and saw the K-pop group P1Harmony on the third night of their very first U.S. tour. Since their debut in Oct 2020, P1harmony has released 3 mini albums. Their most recent, DISHARMONY: FIND OUT, being the reason for the tour. The group consists of 6 members, Keeho, Theo, Jiung, Intak, Soul, and Jongseob. Their music is influenced by R&B and Hip-Hop, with a little bit of pop sprinkled in.

The concert was way more fun then I had imagined it to be. As someone who is mainly in the rock and metal scene, I was expecting a completely different atmosphere at my first K-Pop concert. Surprisingly, it wasn’t as different as I thought it would be. While there was a lot less moshing and crowd surfing, the energy of the crowd and chanting was notably familiar. The fans were more social than usual, which was very comforting. Being surrounded by people with the same love for the music and the artists was a lovely experience.

P1Harmony has never shied away from making movie content, having debuted with a movie. Throughout the concert, there were around two mini movies displayed for the crowd. The content was amazing, furthering the plot of their own “cinematic universe.” The acting switched between serious and comedic, which was refreshing. Just like the boys’ personalities!

The actual concert was amazing, as P1Harmony is a very talented group. Keeho, Theo, and Jiung’s live vocals are phenomenal. You can tell they put a lot of effort into practicing and singing their hearts out. Not to mention that Intak, Soul, and Jongseob’s raps are just as impressive in person. Their dances were clean and precise, just all around astonishing. I have spent so much time watching videos of their singing or dancing, so seeing it happen in front of me was pretty surreal. Their hard work and dedication completely paid off.

In addition to their talent as musicians and performers, they are wonderful at engaging with their crowd. Keeho and Jiung could probably qualify as comedians for the way they were goofing around on stage. I can recall multiple points that night where the entire venue had bursted into laughter. The boys have also perfected the art of hyping up the crowd, whether it be through interactive games they played with us or just telling us to jump when the beat drops.

One of the key aspects of the concert was the solo/unit stages. Jiung and Theo united to sing a heartwarming ballad, Soul got his own stage to freestyle dance, and Keeho, Intak, and Jongseob grouped up for a rap cypher. Jiung and Theo practically proved why the group is called P1Harmony with their powerful duet. Soul’s dance break was absolutely insane. Watching one of his famous freestyles in person was flabbergasting. For a 17 year old, Soul has a lot of talent when it comes to dancing, and it will never NOT amaze me.

The rap cypher was probably one of my favorite parts of the show altogether. Keeho rapping is uncommon, which is why his addition was even more enjoyable. 16 year old Jongseob is unmatched with his skill and precision in rapping, even compared to seasoned artists twice his age. Hearing him live was probably the highlight of my night. Intak’s stage presence will never fail to impress me. He really stands out on stage, whether he’s busting a move or rapping. During their stage, there was a clearly intentional “technical difficulty,” which was a clever way to get the fans more hyped up.

For me, seeing P1Harmony was more than just seeing one of my favorite groups. It was almost inspiring. The age demographic of the members ranges from 16-19, which is around the ages of most people here at Blake. Seeing people our age (specifically Soul & Jongseob who were born in ‘05 and Intak who was born in ‘03) follow their dreams and be successful is very motivational and encouraging. Watching their hard work and dedication pay off and allow them to tour the world makes me inclined to work hard and become the best I can at what I love as well.

At the end, because I was fortunate enough to get ticket that included a “Hello Session,” I was able to wave to the group and greet them quickly as I left. They are all very handsome in person! They are not only pretty on the outside, but the inside as well. This was P1Harmony’s very first time visiting DC, so I really hope the DMV left a good enough impression on them that they return again someday. The whole night was an exhilarating experience and I would love to do it all again with more songs! If this review managed to convince you to go check them out, I highly recommend their songs “Scared,” “If You Call Me,” “Do it Like This,” and “Nemonade,” to get you started. 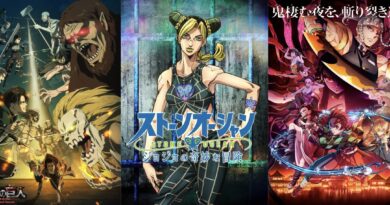 Animes that are Returning Soon 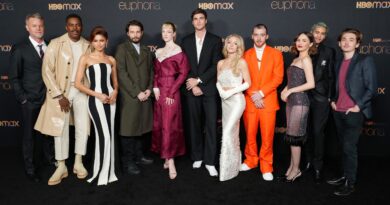 Was Season 2 of “Euphoria” Really That Euphoric?