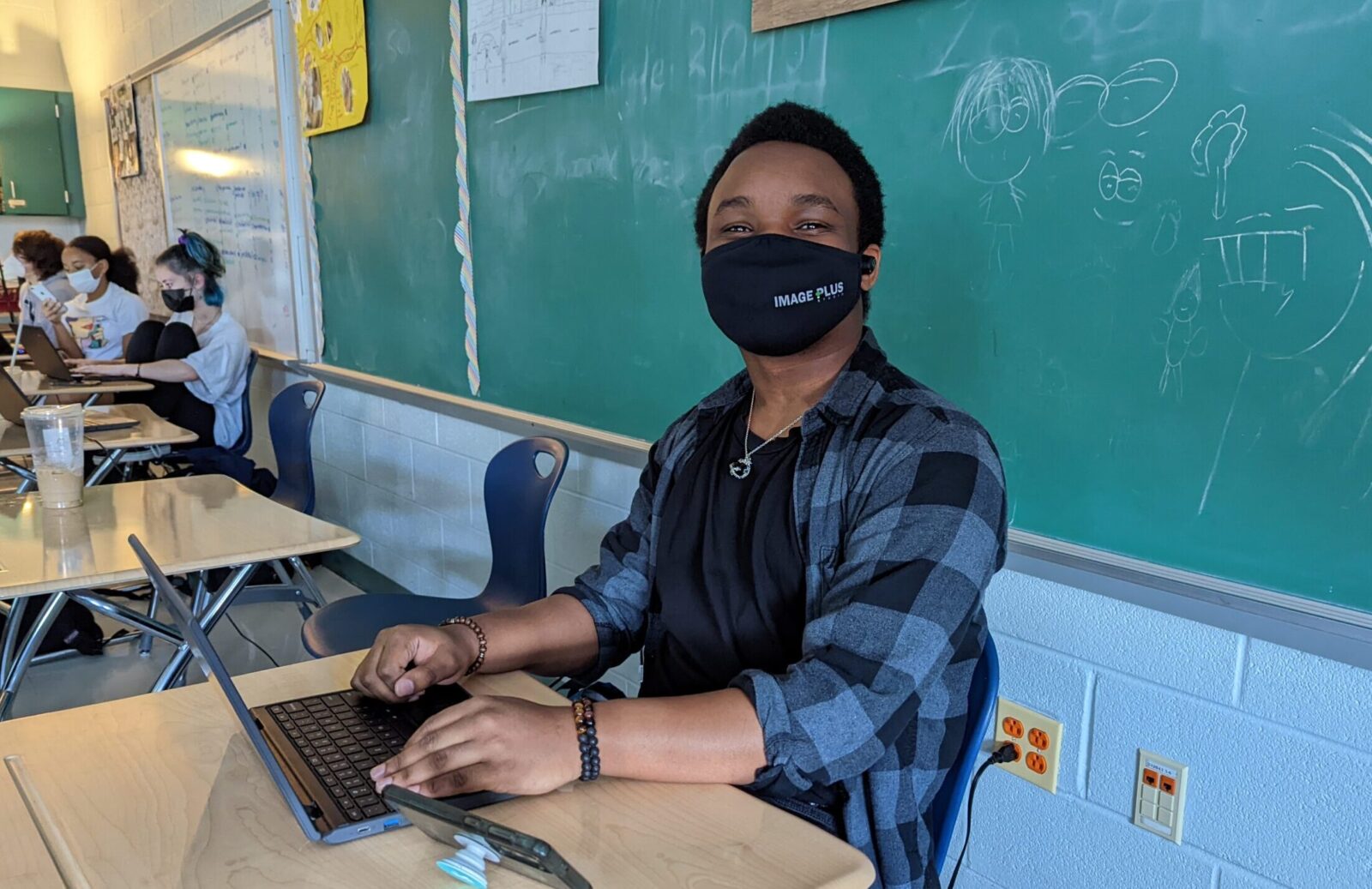 There were six days remaining before opening night of Blake Children Theater’s production of Candy Kingdom, and something was very wrong. The set had not been fully painted, and panic was setting in for theater kids across the school. Senior Greyson Hamilton saw the problem and started coming in at lunch and staying late after school to finish the delectable display. As the saying goes, the show must go on and Hamilton went above and beyond to make it happen.

“His work is meticulous, and he has excellent ideas about how to solve problems that inevitably pop up,” says theater director Mary Wagner. “Greyson single handedly designed our poster, program cover, and t-shirt design for The Accused this spring.” Wagner has worked with Hamliton for three years and has seen exquisite work across the board in his crew career. She is excited to see what he does next in future artistic endeavors.

Hamilton joined Blake Stage Company during his sophomore year and helped paint the sets of  Company and Little Women. After two years of hard work, they were promoted to become one of the head painters for Suessical and the Accused. I had the honor of working by his side through both shows, and he genuinely taught me so much about art that I never would have learned otherwise.

“Greyson is a really sweet guy. Always willing to lend a hand, especially when I couldn’t carry something,” laughs senior props master Deena Habash. “They just have such a lovely energy about them.”

Despite only being in journalism for one year, Hamilton has released a grand total of nine articles, and worked with other staff writers on many other pieces. He has gone above and beyond to create pieces that leave people questioning their own long held opinions. There are few people who know how to go in depth in their writing with even the most niche of topics.

“They are an independent, creative thinker with an incredibly mature perspective on literature and media,” applauds journalism teacher Jeffrey O’Toole. “He is passionate about writing in a way that doesn’t register with most highschool students, he wants to learn how to write for himself—not for grades.”

Moving away from his school based achievements, Hamilton is a lover of reptiles. They are the proud owner of four snakes, two geckos, and surprisingly, a dog named Zelda. His love for his pets shines through in his gentleness towards other people. “Back in middle school he wanted to be a paleontologist,” says senior Victoria Caplan.

Caplan looks fondly back on the time they have spent together in both middle and high school. “My favorite memory with him is probably in eleventh grade when we went on a drive around the beltway during rush hour and spent the time telling each other about our interests and just going on and on about different things.”

Hamilton has helped so many young artists discover their inner talent. On a more personal note, we have had the honor of watching Greyson grow into the person they are today. They discovered their identity and have grown so much from when I first met them in middle school. The Blake Beat will never be the same without his sarcastic comments and strong but well thought out opinions. Stage Crew will miss his creative leadership skills and artistic ability. There are very few people who are as emotionally mature and understanding in their teenage years. Greyson will always have a place in my heart, and the souls of everyone who has had the honor of meeting him.

So Greyson, Grey… Greybie, you will be missed. The Blake community will not be the same without you. But regardless of what you think, Attack on Titan is and will always be an exquisite anime. 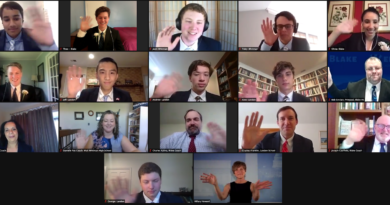 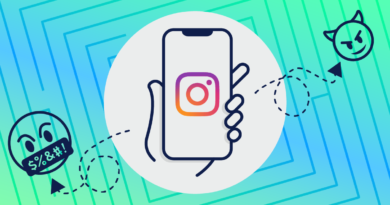 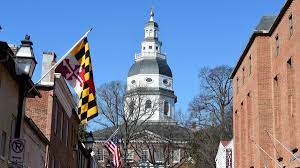