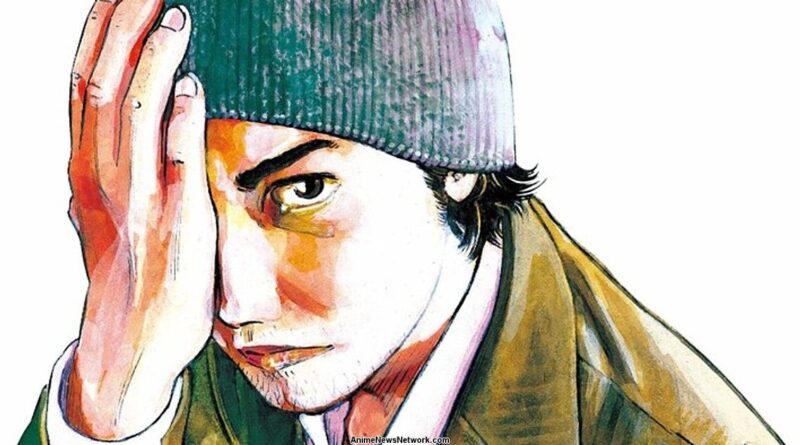 Just a heads up, most of these will be under the seinen genre (geared towards men in their 20’s and 30’s) since that is the majority of what I read. A good handful of these manga’s cover mature themes and topics and can be triggering so I added trigger warnings.

BERSERK
You see, I’m not really one for fantasy/medieval stories that include armor, knights, mercenaries, elves, etc, but Berserk managed to catch my attention on the second prologue chapter. Berserk follows the life of the remarkably powerful mercenary Guts, who is fighting hard to get revenge on a man named Griffith for causing his lover Casca almost irreversible mental trauma. The manga covers many points of Guts’ life which includes: his childhood, how he joined Griffith’s (and Casca’s) mercenary group “Band of the Hawk,” his life as “The Black Swordsman,” and more. The fight scenes in this manga are incredible, but what makes them so good is the top tier art. Berserk creator, Kentaro Miura, was an extremely talented artist. Every panel of the manga is drawn out with precision and meaning. Landscapes, people, and animals alike are drawn astonishingly. The 364 chapter manga has been on hiatus since Miura’s passing last year, but it was just announced that a new chapter is dropping on June 24. I haven’t gotten too far into it yet, as there are A LOT of chapters but with the amount I have gotten through I can tell you it is completely worth the read. The story gets a bit of backlash for adding in “unnecessary” sensitive scenes so I’ll leave the warnings here. TW: r/pe, torture, gore, nudity.

THE FLOWERS OF EVIL
The Flowers of Evil, also known as Aku no Hana, is based off the book “Les Fleurs du Mal” by Charles Baudelaire. The story is a about a middle school student named Kasuga Takao. He is very interested in literature and looks up to Baudelaire, hence the name of the manga. He has a crush on a girl named Saeki, who he considers to be his muse despite the fact that she has never shown him any attention. After class one day, he realizes he left his beloved book at school and heads back to grab it. There he notices Saeki’s bag of gym clothes and ends up stealing it. He is caught in the act by an outcasted student named Nakamura. Nakamura makes a contract with Kasuga in order to keep his secret. Throughout the manga you watch Kasuga’s attachment to Nakamura grow and notice how it begins to destroy his relationships with people he was once positively bonded to. Even after a point where Nakamura and Kasuga have been separated for a while, he still seems to let her dictate his thoughts and actions. It isn’t until he meets classmate, Tokiwa, that he finally learns to find his own happiness and follow his own heart. I’m going to be honest, this is probably my favorite manga ever. It was a perfect display of how lust and desire and attachment can affect you, especially during the time where you’re most vulnerable i.e puberty. It also shows that you can learn from mistakes and that it is okay to move on, even if it means leaving some people behind. TW: Nudity, suic!de attempt, abuse, sexual harassment.

SAKAMOTO DAYS
This manga is about Taro Sakamoto, a retired hitman (number one hitman actually), who is living a normal life with his wife and daughter. He runs a convenience store that is continuously targeted by other hitmen who try to take him down for a hefty bounty. Sakamoto meets a clairvoyant named Shin during Shin’s attempt at assassinating him. Shin has a change of heart and becomes Sakamoto’s right hand man and together they fight off the enemies. The two ex-assassins have just one rule, put in place by Sakamoto’s beloved wife: No killing. This is definitely a peak shounen out right now. I love how it is so silly and goofy at certain points and then can get completely serious the next. The idea of being assassins/hitmen but in a different way than assassination classroom was a nice change of pace. Also, it is super easy to decide which characters are likable and which aren’t. The manga isn’t super complex and complicated, which is refreshing compared to other shounens. Due to it’s lighthearted and funny nature, you’ll probably enjoy this story after the first few chapters. I would say there are no TWs.

BLUE LOCK
Small Mandy appearance because Lexa hasn’t read enough of Blue Lock but. OH MY GOD I’m so obsessed with this manga. Blue Lock isn’t your typical sports manga (although the queer undertones are absolutely still there). Japan’s soccer team has been consistently third-league, and some higher ups in the government authorize the Blue Lock project, collecting around 300 of the best high school strikers to compete to become the best striker in the world. You follow Yoichi Isagi, who is certainly not the best striker but has the incredible ability to read the entirety of the field to create complete plays and bring together everyone’s specialties. So many of the characters are super likable (I LOVE BACHIRA SO MUCH! HE IS ME! I AM! HIM WE ARE ONE!!!), and their character designs are pretty unique. It’s much more intense than many sports animes because of the fact that these kid’s futures and careers are on the line. It’s so engaging and I couldn’t stop reading it (I’m almost fully caught up on the released chapters from reading it for 4 days), and I absolutely recommend it even if you don’t understand anything about soccer. No tw’s it’s a sports manga.

HOMUNCULUS
If you want to read a manga that will completely change your view on why humans are the way that they are than this is a MUST read. Circling back to a similar idea from The Flowers of Evil, Homunculus shows how the psyche is truly driven by lust and desire and fear. It touches on a couple topics that are a bit sore and the ending was controversial but I liked it. It follows the life of Nakoshi Susumu, a homeless man who is living in his car between a hotel for the rich and a park full of other homeless people. A man betwixt both places, not wanting to identify with either. He is approached by a person named Ito who offers him money to perform the medical procedure called trepanation to indulge in his own curiosity about the human mind. The way this procedure is done is by drilling a hole in ones skull, which then releases pressure built up in your brain. Once the operation is performed, Nakoshi begins to see hallucinations which Ito calls “Homunculi.” They can represent a number of things, like what people wish they were viewed like on the outside or maybe they represent how you view that person. You come to learn why Nakoshi is the way he is, and whether you sympathize with him or not is up to your discretion. This is a heavy read, so view at your own risk. TW: blood/gore, r/pe, nudity, swearing.