On Sep 30, 2022 Shygirl’s Highly anticipated debut album Nymph, was released. The sound of the album is similar to the Nymph being, both unique and mysterious. The album is a pool of enchanting and multidimensional sounds, with the electro beats and layers. It makes you feel like you are a Nymph. Nymph is about vulnerability and relationships. It was created with a group of Shygirl’s close friends and collaborators like Arca, Bloodpop, Sega Bodega, and Mura Masa. Nymph creates a world where we can just sink and let all our worries go away.

It feels like you’re in this magical scene, where everything just glows. Nymph is an electronic and experimental album. It’s sensual, intimate, and ethereal. My favorite song on the album would be “Woe.” The production on the track is incredible. Shygirl is on the rise with her music, and now that her debut album is out she is finally solidifying herself as an artist. Her music has evolved in some way, too. Take her track “Firefly,” for example. She uses these glitchy synth melodies with an electro beat and low vocals. I think this is the track that stands out in the album because of how different it is from the other tracks. It’s similar to hyper-pop which isn’t her usual genre. She gets experimental with this album, using new sounds and new creative ideas. It proves that her musical talents and career are evolving.

Overall, Shygirl delivers to us her full fantasies and desires. Nymph’s discography lures us deeper into those desires because of the unique sound and weird voice overs. I believe this album is Shygirl’s best work yet. Shygirl’s voice in the album is what gives Nymph its undeniable power. You could say her music is similar to Slayyter, Cobrah, and Sega Bodega. Nymph is out now, streaming everywhere. 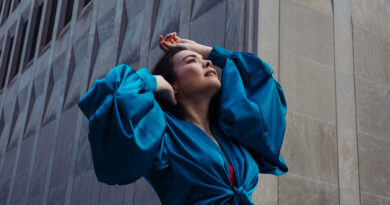