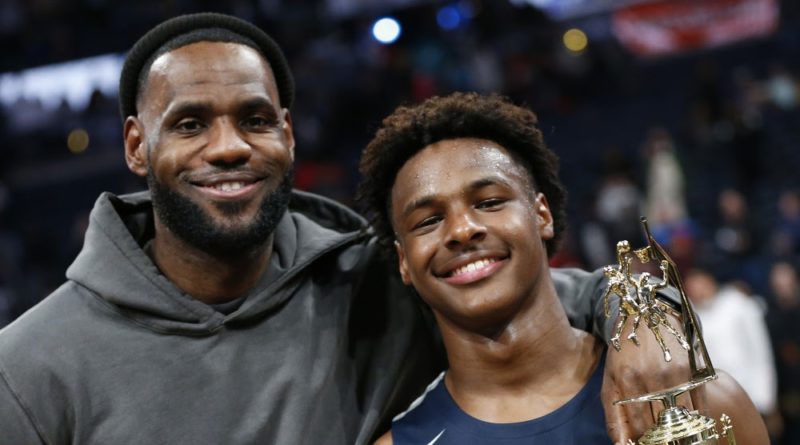 Celebrities are used to being in the spotlight. From movie stars to athletes, they cover our TV screens and fill our social media feeds as we look at them in awe. Between the followers and comments of family members and fans, they are usually appropriate.

But, when it comes to young athletes, whose highlights and features are trending all over the internet, fans tend to get a little wild. The younger the star gets, and the more “accessible” they seem to their supporters, the crazier their fan bases get. From young basketball sensations to football prodigies, these celebrities are becoming victims of the dark side of the internet.

For example, LeBron James’ son, Bronny, is part of a group of young basketball stars, some as young as freshmen, thrown into the spotlight because of their relationship with fame. James has 4.6M followers on Instagram at only 15. And Dwayne Wade’s son, Ziare, is another with 1.8M followers, just turning 18. Although their followings mostly consist of other young ballers looking for inspiration, those that follow only to creep, stalk, romanticize, and prey on these teenagers need to be taken care of.

Not all of the creepiness happens on their page. Outside of their reach, social media loves to comment on these teenagers’ looks, in a not-so-appropriate way. The fan pages that proclaim themselves as the young athletes’ number one fans, and covering their pages in pictures and videos of them, are very bizarre. Imagine being 15 and having possible 18 and older users claiming that you guys are married.

Nowadays, because of the suspicious people that lurk on social media, the parents of these young stars tend to take over their accounts. They limit certain comments and remove followers that seem out of place. It is good that they are protecting their children, but a big part of childhood is being able to use and experience social media. We use social media, enjoy the benefits of private accounts, follow who we want, post whatever we want, and are not concerned with dozens of collages of our faces when we search our name.

Living a “normal” life in the spotlight is hard, especially when you are so young. And although it is also normal for fans to go crazy when they see their idol, there’s a line drawn between lionizing and preying that some seem to discard. We should try to give these young celebrities lives as normal as possible.