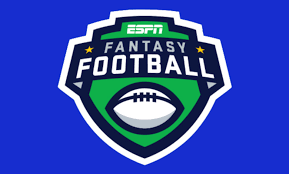 If you ever wanted to be unnecessarily stressed out over whether Tyreek Hill has 10 catches or if Patrick Mahomes has 3 touchdowns, Fantasy Football is perfect for you. Fantasy football is a great way to interact with others and manage your own personal NFL team. The concept of Fantasy football is a virtual, season-long game where you pick different offensive NFL players to get points for your self-made team. Constructing your team can be a year-long process, which includes reviewing different NFL teams’ structures to try and predict the usage of players and how many touches they will get. This translates to points in fantasy football, which is different depending on what scoring standards you use.

The way that points are scored in Fantasy Football is decided by the stats of the player, and it varies based on position. Quarterbacks’ points are decided by how many passing yards and touchdowns they have, and the ratio between yards and fantasy points is higher, since QBS usually get the most yards in a game. Touchdowns are universally 6 points for every position except QB, where it is 4 points. Receivers, Tight ends, and Running backs typically get 1 point per 10 yards, and 6 points for a touchdown. Additionally, if they get a reception, they can get 1 point, depending on the scoring format for the league. There are no individual defensive players in Fantasy Football, as team’s defenses are treated as one group. Sacks and interceptions give 1 and 2 points respectively, and defensive touchdowns give 6 points. All defenses automatically start with 10 points at the beginning of the game, and this is done to combat the effect of offense scoring. The more points the defense allows, the more fantasy points they lose.

The most popular scoring standard is called Points Per Reception (PPR)PPR which benefits pass-catching running backs over run-heavy running backs, and possession wide receivers like Micheal Thomas over deep threats like Julio Jones. For example, a running back like Brian Robinson will never be as good as running back Antonio Gibson in PPR because one catches more passes than the other. This makes running backs like Alvin Kamara and Austin Ekeler high draft picks due to their hyperactivity in their team’s passing game.

The real fantasy football season begins right after the Superbowl ends, as hardcore players analyze the upcoming prospects in the draft and predict which player will jump in usage and which will regress. After the draft is over, people begin crafting big boards, aka ranking players position by position. This analysis goes up to the preseason when most drafts occur.

The draft is arguably the most important part of the entire fantasy football season. This is where you pick the players that will either lead you to a championship, or to last place where you risk doing a punishment your friends set for the person who is last. Usually, the draft strategy is to pick two very good running backs, a good wide receiver, and then maybe a quarterback. This draft strategy has been very successful and common for the past couple of years, but next year this will change.

This year, fantasy football points are down 22% from last year, as running backs that were premier players last year are not scoring as much. The biggest surprise this year in fantasy football is the emergence of quarterbacks and tight ends being players who carry your team week in and week out. Players like Josh Allen and Travis Kelce are setting themselves apart from their peers, as they consistently put up 20 points every week in PPR, while the majority of the other players in those positions are playing mediocre and are inconsistent.

Fantasy Football players are found everywhere nationally, even in our own backyard. Paraeducator Darius Boris explains his reasons for playing fantasy football, he expresses, “I enjoy watching the NFL and competing against others.”

This is a common theme among Blake staff and students as Ravi Benson describes his reasons for playing as, “It’s a fun experience with friends and makes watching the games more enjoyable.”

Having stakes attached to a regular football game creates more excitement and satisfaction for every highlight play.

Let’s say you have an unsuccessful draft, where you reach on multiple players and are left with only one or two high-quality players. This is where trades come in: trades can transform your team from last place to first, dominating your peers. Trading is all about finessing your league mates through selling high and buying low.

Selling high is the art of trading a player after they had a good week, while buying low is trading for a player after they have been struggling. The hardest part about doing this is not knowing whether a player’s hot/cold streak will continue or fade. Trades like this can make or break your season depending on how high caliber of a player it is.

Another way to improve your team is by picking up players using the waiver wire. The waiver wire, put simply, is putting in a claim to pick up free agents/players not on anyone’s fantasy team. Every single year, there are at minimum 3-5 players who go undrafted, and turn out to be a top ten player in that position. The waiver wire is all about paying attention to players who trend up, as players break out unexpectedly throughout the season. For example, when star running back Jonathan Taylor got hurt and didn’t play in week 6, backup running back Deon Jackson was a huge waiver-wire pickup. He ended up dropping 28 points in Taylor’s absence, winning games for a lot of people.

Although it makes watching NFL games 10x more stressful, there’s nothing like winning your fantasy football matchup for the week. Make sure to create a league with your friends next year! Overall, it’s a fun experience to play with peers, and to create stakes and punishments for being last place. 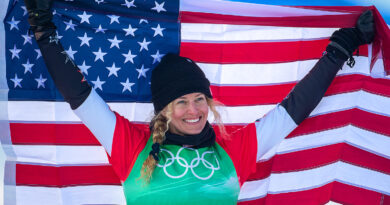 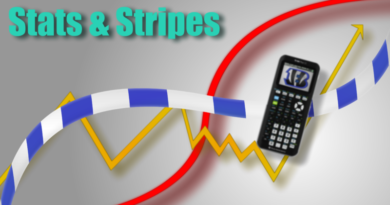 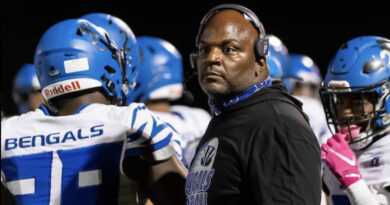