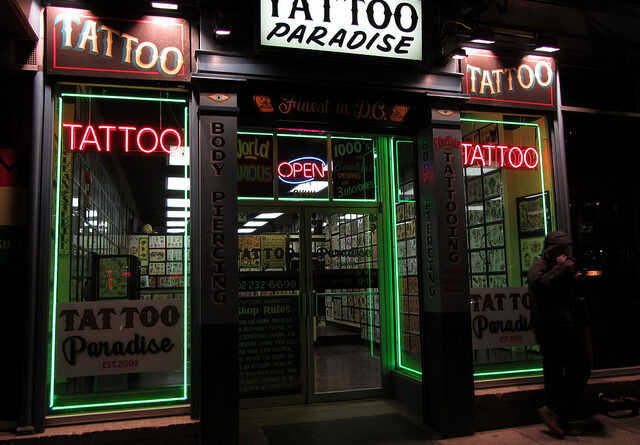 Although a semi-controversial topic, the popularity of teens wanting and even getting tattoos has only risen in the last few years. Whether it be with a sewing needle and pen ink (don’t even think about it) or safely with parents permission, teens fascination with tattoos doesn’t seem to be slowing down.

To avoid safety issues and aid self expression, some Bengal parents have agreed to let their kids become canvases. Juniors Amy Berger and Jay Line recently have been bestowed with parental permission to get tattoos.

“Initially, my parents were very against me getting a tattoo… In fact, my mom used to lecture me about how dangerous tattoos were when I was a little kid. But, I persuaded them after about 1.5 years of begging,” states Berger. She claims she didn’t really start campaigning for one until early sophomore year, although her parents knew she wanted one since elementary school.

Line on the other hand was more… spur of the moment. “I had seen a couple of tattoo shops during a festival [in England] and my brain suddenly fixed on the idea of getting one. Unfortunately it’s illegal to tattoo anyone under 18 in the UK so I immediately started looking for shops back here in MD.” He says his mom knew inking was inevitable. While his dad was slightly less enthusiastic, he eventually caved once he saw the design. “Within a month I had an appointment booked and got my first tattoo the day after my 17th birthday,” he ends.

Now that they had permission, it was a matter of ACTUALLY getting the tattoo. Both made sure they were well hydrated, fed, rested, and confident. “I decided not to use numbing cream or painkillers (ibuprofen is prohibited due to being a blood thinner) because I wanted the experience,” Line adds, ”I went into the shop with positive thoughts and an excited mind.”

As per advice before the needle hits the skin, “Make sure you are confident, have done your research, and feel comfortable with your tattoo artist,” Berger states. “Also, speak up for yourself. Make sure you love the tattoo because it will be on your body forever. So, even if you have to pay for an extra hour of your artist’s time, make sure the stencil is perfect before the real tattooing starts.”

Line adds, “Think it through carefully and be specific with what you want. Your artist will be willing to help you add in any details you might want. Remember, this is going to be on YOUR body.”

Parents’ permission? Check. Mental prep? Check. Design and stencil? Check. Now to actually become a canvas. Ouch. “I have a really low pain tolerance, but the tattoo didn’t hurt that much. It actually hurt less than a paper cut, but that may just be because of the adrenaline,” Berger claims. (Her tattoo is on her inner forearm.)

“My pain tolerance is pretty decent so I didn’t mind the scratchy feeling at all… honestly, it was much less painful than I expected… Imagine getting a shot but no pain once they remove the needle from your skin,” Line explains. (His tattoo is on the side of his stomach, reaching up to his ribs.)

Both make it sound so easy, so painless… but surely SOMETHING must’ve been even a little uncomfortable. “The worst part was after the tattoo. I had a bad allergic reaction to the Saniderm my artist put over my tattoo while it was healing, causing the itching while healing to increase drastically. It was quite torturous because I couldn’t scratch it,” Line states.

Fortunately for Berger, the healing process was a breeze. “The worst part of getting the tattoo was hearing a lady scream in the stall next to me. She was getting a spine tattoo, so the pain must have been pretty bad,” she recalls.

If the lack of pain isn’t completely easing your anxiety, they both have misconceptions to clear up. “[You can] get rid of tattoos. True, they are technically permanent, but technology these days has come quite a long way that you can remove the ink if you have the cash. But coverups also exist and there are artists who specialize in that type of style. You can usually add onto your tattoos if you ever have a change of mind or heart,” Line shares.

“I am not scared that I’ll regret it,” claims Berger. One of the arguments facing teens and tattoos is the idea that teens don’t know what they want, and they can’t possibly make life long decisions at their age. “This tattoo represents something very important to me,” and to her, that’s all that’s important.

The same goes to Line, “I don’t regret that tattoo, it has a special meaning to me and that’s what matters. I love it and its design and I was very pleased with how it turned out.”

Unsurprisingly, both plan on getting more tattoos throughout their lives.

Remember to be smart and safe with body modifications and you’ll be 18 in no time, I promise. 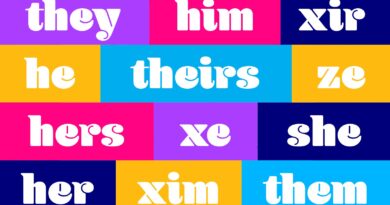 The Pretty Much Perfect Pronoun Handbook