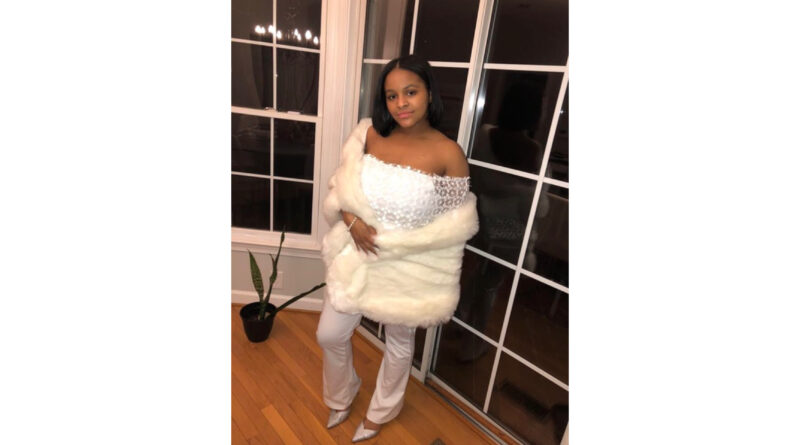 Despite facing unprecedented challenges due to the pandemic, the Montgomery County Maryland Branch of the NAACP held this year’s ACT-SO competition for high school youth earlier thisMay. Students competed in a variety of categories, ranging from physics to dancing.   This year, one of our Blake students, Ziya Jackson won a gold medal, allowing her to compete in the finals this summer.

At the competition, Jackson performed a cover of “A Change is Gonna Come” by Sam Cooke. When asked why she chose that song, she said that, “because of everything that has been going on in the world due to COVID, Black Lives Matter, and being in quarantine has truly been a lot for all of us. So I knew with this song that it would be the perfect inspiration for me to sing to the world.”

“I was shocked and thankful to be able to win a gold medal to the National Finals! I felt  so blessed and honored to be placed in that category,” Jackson says. “I have many moments where I have questioned if my voice was good enough, or if my talent was good enough to even share to the world. But, I had to realize that God gave me this gift to share with everyone and I decided to stop thinking negatively, and more positively!”

The ongoing COVID-19 pandemic negatively impacted this year’s competition. The NAACP were unable to travel to different schools to recruit for the competition and less students participated. However, ACTSO co-chair Price revealed that she had already had the opportunity to see Ziya perform at the 6th Annual Poetry Read-In. “This annual event features student poets and community members to celebrate Black History Month through poetry… Ziya’s mother shared a video with me, and I knew she had a lovely voice.” Price also added, “The pandemic has altered ACT-SO, yet we continued to recognize the talent. Ziya performs with passion and poise–keys to success! She has a beautiful voice that will continue to soar!”

Although Jackson also revealed that she did not know she could sing until performing for her mom for the first time in second grade, Price says watching her perform was motivating. “Our students are terrifically talented and inspire me to learn new things… These are some of the hardest working young people you will ever find. They inspire me to as one student said ‘be a better version of yourself.’”

Jackson takes most of her musical influence from old-school R&B singers. “I love listening to Whitney Houston, Michael Jackson, Gladys Knight, Nina Simone, and even Sam Cooke!” Jackson wants to emulate their soulful, emotional style of singing in her own music.“When people hear “Ziya Jackson”, I want them to think of me as an old soul that sings her whole heart out with real and raw emotions,” says Jackson.“I want people to feel what I feel when I sing because that’s the special part of it all, being able to connect with people with not only my voice, but with music is all I could ask for!”

Jackson, who hopes to continue her singing career at Spelman College or Howard University, admitted that it took her a while to learn that singing was her passion, but that it has always been a part of her. She encourages others to follow their passions as well! “I believe that if you know exactly what you want to do, or if you know what makes you genuinely happy, then go for it! Don’t listen to what anyone has to say because your happiness is what matters whether it’s singing, dancing, acting, or whatever it is, you are living your truth!”

Ziya is so talented and we are all very proud of her for this accomplishment! The NAACP ACT-SO finals will be held in early July. Good luck Ziya!