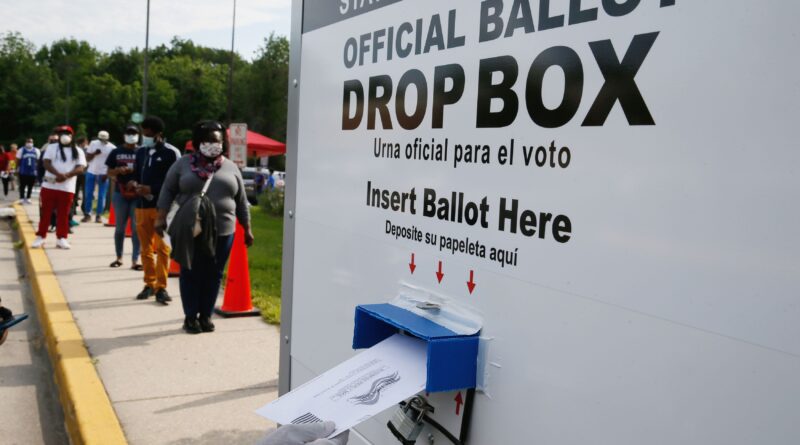 The primary election for Maryland governor will take place on July 19th, 2022. After his second consecutive four-year term ends this year, current Governor Larry Hogan will be unable to run for re-election. Many candidates have thrown their hat into the ring. 14 candidates will be running in the primaries for their party- four republican candidates and ten democratic candidates. There are also two other candidates, one liberatarian and one unaffiliated, who will be running in the general election only.

To see more information regarding how to vote, refer to the state website.

As first time voters it is very important that we are informed on all of the candidates and their policies in order to vote for the person that we feel will be best for our community. Below is a brief description of each candidate, relevant information, and their stance on major issues.

Dan Cox is a Republican conservative candidate for Governor of Maryland. He is a state delegate and has lived in Maryland all his life. Cox values individual liberty and rule of law. According to former President Donald Trump, “Dan Cox is an America First Patriot … [and] is MAGA all the way”. Cox is a strong supporter of the 2nd amendment right to bear arms and often defends this right before the Maryland House of Delegates. He supports law enforcement and the military, and he has successfully opposed many “Defund the Police” bills. Cox does not support the teaching of Critical Race Theory or gender and sexuality in schools and claims that the teaching of these issues would end under his administration. He also strongly opposed the Covid-19 lockdown in March 2020 and all Covid lockdowns and restrictions since. Cox makes no mention of environmental issues on his website and declined to attend the Maryland climate panel.

Robin Ficker is a lifelong Marylander and former state legislator. The main goal on his platform is to cut the Maryland sales tax by two cents. He believes that cutting the sales tax will draw businesses into Maryland, thus improving the state’s economy as well as saving Marylanders money. Though most of his campaign hinges on reducing the sales tax, Ficker also emphasizes his goals to improve transportation infrastructure and ease traffic in congested areas such as Montgomery County. Ficker was recently disbarred from practicing law by the Maryland Court of Appeals for “professional misconduct”, but pledges that his candidacy will continue.

Rushern L. Baker III is a former Maryland state delegate and Prince George’s county executive. His campaign values community over politics, and most of his policies center around investing in the Maryland community, specifically people and infrastructure in underserved communities. He believes that healthcare is a fundamental right and hopes to lower costs of healthcare by implementing a single-payer Medicare for All program in Maryland. This would provide healthcare to all Marylanders at no upfront cost. Baker plans to provide more funding for education in order to provide all Maryland students with quality, equitable educational opportunities. He has a goal for Maryland to be 100% renewable energy by 2030 and will support the Environmental Human Rights Amendment.

Peter Franchot is the Maryland Comptroller, or chief financial officer, and has served since 2007. He also served in the Maryland House of Delegates for 20 years prior to becoming Comptroller. Franchot values education greatly, and during his time as Maryland Comptroller he has worked to improve conditions for schools in impoverished communities in Baltimore. He also successfully fought proposed budget cuts to teacher’s pensions, state employee’s healthcare, funds for mental health programs, and more. Environmental protection is an important issue for Franchot. He has used his positions of power to protect Maryland’s natural resources from commercial development pollution and runoff.

Douglas Gansler is a lifelong Marylander who served as Montgomery County State’s Attorney as well as Maryland’s Attorney General. Gansler values preserving the environment, protecting equal rights for all, and prioritizing mental health as well as our veterans. Gansler’s Green Maryland Plan would incentivize renewable energy, preserve Maryland’s natural environment, and transition public transportation to clean energy. Mental health is a priority for Gansler. As Governor, he hopes to fund the construction of 10 regional behavior centers around the state to support the mental health of Marylanders.

Kelly Schulz has served for seven years within the Hogan administration as the Secretary of Labor and the Secretary of Commerce. As Secretary of Commerce, Schulz fought to provide financial assistance to businesses struggling due to the Covid-19 pandemic. As governor, Schulz promises to fight every proposed effort to raise taxes as well as use her position to support tax cuts for the people of Maryland. Schulz is a strong supporter of law enforcement and hopes to provide Maryland law enforcement with more funding as well as training.

Jon Baron has worked with multiple Presidential administrations including the Clinton, Bush, and Obama administrations. Baron heavily stresses the importance of improving the state’s education by providing high quality tutoring to all students as well as supporting and funding the state’s schools. Baron hopes to lower the cost of health insurance by negotiating with pharmaceutical companies to lower the cost of prescription drugs, as well as offer a cheaper, public health insurance plan. To combat climate change, Baron will join the new Transportation and Climate Initiative Program to lower greenhouse gasses produced by Maryland transportation systems. He also hopes to encourage other states to join similar programs in an effort to slow global warming.

Ralph W. Jaffe is, as stated on his website, “a teacher, not a politician.” His movement aims to stop corruption in government. His five platform principles are to refuse campaign contributions, serve only one term, serve without pay, tell the truth, and avoid professional lobbyists. As governor, Jaffe would oppose any attempts to increase taxes as well as abolish many state programs including the Maryland State Department of Education, the Public Service Commission, the Maryland Stadium Authority, and the Maryland Vehicle Emissions Inspection Program, all which he describes as “a waste of taxpayer money.”

Joe Werner is a Republican candidate from the Baltimore area. Werner takes an aggressive stance against the increasing violence in Maryland, stating on his website that we “must be proactive in removing illegal guns from the streets, and getting violent offenders out of our communities and into prison.” Werner also believes that families should be able to choose where their child attends school as opposed to being assigned to their local school. Werner is a strong supporter of the 2nd amendment right to bear arms and describes himself as pro-life, pro-liberty.

Although, if elected, Ashwani Jain would be the nation’s youngest Governor, he has plenty of experience working within the Obama administration, the U.S Department of Housing and Urban Development, and the U.S Department of Health and Human Services. As governor, Jain would eliminate the state income tax for 95% of workers, guarantee public transit, create a statewide guaranteed jobs program, legalize marijuana, impose anti-corruption measures, and more. To fight climate change, Jain will ban fracking and single-use plastic bags as well as increase the fossil fuel fee. Jain hopes to improve Maryland schools by increasing teacher’s salaries, increasing the diversity of teaching staff, and decreasing the student to educator ratio.

As a child, John King’s life was saved by public school educators who supported him after his parents passed away. Now, King himself is an educator. King served as Secretary of Education under President Obama, President of the Education Trust, and founded Strong Future Maryland. As governor, King would ensure that educators’ opinions are taken into account when implementing the Blueprint for Maryland’s Future, an act to invest more in public schools. To fight climate change, King hopes to create green jobs, shift to renewable energy, and protect the Chesapeake Bay while being mindful of the longstanding inequities within environmental justice. King will work to ensure equal access to education, housing, and childcare to improve Maryland’s workforce and overall economy.

Wes Moore is a veteran, author, small business owner, and former CEO of an anti-poverty organization. Moore hopes to create an equitable and successful economy by providing equal career opportunities to all and raising wages. To support the Maryland education system, Moore will push to fully fund the Blueprint for Maryland’s Future, which he testified in support of and helped to pass. He also plans to fight for free Pre-K for families in need as well as increase funding for after-school and summer programs. Moore believes that healthcare is a basic right that every Marylander deserves, and as governor he would ensure that Maryland hospitals provide affordable services to those in need. Moore hopes that Maryland will be generating 100% clean energy by 2035 by investing in renewable energy sources.

Tom Perez formerly served as Maryland Labor Secretary as well as U.S Labor Secretary under the Obama administration. As governor, Perez will fight for income equality, affordable childcare, paid family leave, a more progressive tax system, improved unemployment insurance, and fair wages. In order to provide accessible healthcare for Marylanders, Perez will work to make it easier for low-income families to sign up for Medicaid. Perez also believes that Maryland should provide quality healthcare to hard working immigrants, regardless of their citizenship status. Perez will aim to improve our education system by ensuring equitable funding for lower income school districts, increasing the wages of teachers, and funding construction for more schools in overcrowded areas.

Jerome Segal is running for governor because he believes that Maryland “… is well-positioned to play a leadership role in a cultural revolution.” Segal refers to his political philosophy as “Bread and Roses Socialism”: a new way of understanding work, education, and the economy in hopes of living in harmony with each other and the planet. As governor, Segal would invest in the arts and humanities in schools. He would increase basic economic security in hopes of lessening economic disparities between the upper and lower classes. To achieve this, Segal would legally guarantee at least 32 hours a week of paid employment to all Maryland residents, propose the option to choose a four-day workweek, and eliminate taxation on the lowest ⅓ of our economy. He also would make all public education free, from Pre-K to college. 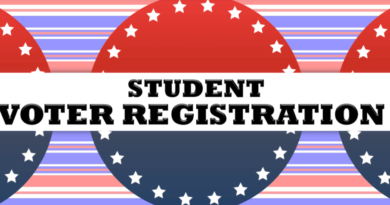 The One, The Only, Slayna Brandolini