With the approaching migrant caravan, Blake students reflect on the country and the community around them.

7,000 Central American migrants have arrived at the Mexican-American border with over 8,000 more set to arrive over the coming months, where many hope to claim asylum into the US. The nation is split on whether or not allowing the migrants to enter the US is a good idea and the community in Blake High School is no different.

According to Time, President Trump wants potential migrants to wait in Mexico until their immigration hearings, even though the United States is legally obligated to allow migrants to apply for asylum.

With over 6,000 migrants currently being relocated, according to The Guardian, many debate the potential effect that this process will have on all levels, from national to local.

Junior Gabriela Zelaya feels as though the political media does not shed enough light on the acts that are committed by immigration police. She says, “They don’t see what the police do.”

Zelaya reflects on an incident occurring November 29 where police used measures that some deem inhumane to stop migrants from crossing the border illegally. She says, “[The migrants] were hiding under a train and then the police threw gas. [They]are humans too.”

Some students believe the caravan will have no effect on the Blake community. Junior Thomas Cameron says, “I don’t think the caravan will affect Blake because hopefully our country does what’s right and stops it in its tracks,” he says. “I believe Trump made the right choice sending troops to the border.”

Junior Gaddi Rodriguez says, “Considering the caravan is at the southern border I don’t think it will impact this community that much.” He adds, “We are just making sure people aren’t crossing,” he adds. “It’s not like they’re armed so I don’t see a point in sending troops.”

Sophomore Ella Jacobs expresses her concern about the Trump Administration’s lack of willingness to let migrants enter the country. “[Trump] just doesn’t want them to come in because he’s saying that, ‘This caravan is full of rapists and criminals and, right now, terrorists.”

Jacobs adds, “They have no other choice anymore, they can’t just stay where they are. No one puts their families or themselves at risk and goes through that great effort of moving unless there’s extreme circumstances to do.”

Cameron points out that there were alternatives to the US for the immigrants. “Mexico offered asylum to these people and the U.N offered resettlement programs and both were denied,” he says. “This does not make them refugees, but invaders.” 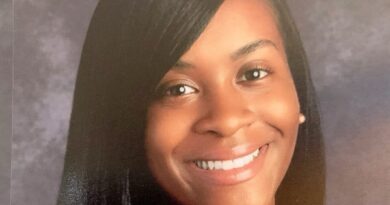