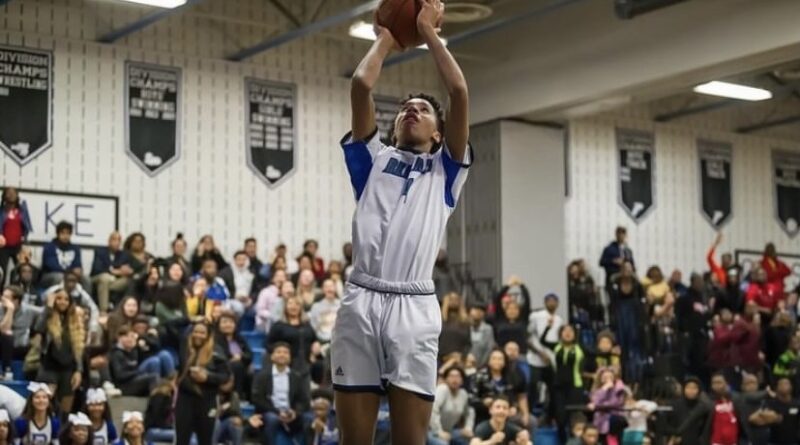 A smiling baby face, a tall and lean build, a huge heart. This is the image of 20-year-old Blake graduate Dorian Hurd that friends, teammates, family members and the wider community will have ingrained in their hearts and minds as they try to keep Dorian’s spirit as alive as he was.

Dorian, Class of 2019, was not only a kind hearted and cheerful person, his positivity was infectious and allowed him to light up every space he inhabited. An outpouring of both public and anonymous testaments to Dorian’s character reveal how his bright spirit impacted the Blake community in ways that will not soon be forgotten.

Jaelyn Clark, Class of 2019, replied, “Dorian could never pass me without saying something to me. He was the most chill, respectful, smart, funny, and friendliest guy I have ever met. Knowing Dorian was truly a pleasure and his spirit was unmatched. I am truly heartbroken at this tragedy but he will live in our hearts forever.”

“I didn’t know Dorian personally, but he was someone I passed by in the hallway often,” one respondent wrote in reply to the SGA’s Instagram post asking for the community’s sentiments about Dorian. “[He was] the kind of person you’d brush past and wish you knew. Going to a public high school, it’s always hard to keep track of everyone. More often than not, you see a blur of faces that you can never quite pinpoint. But he was there. And it wasn’t just his height. It was his smile. His vibe. His energy. All of it.”

Aside from being a friendly face in the hallways, Dorian was a source of warmth and inspiration to copious younger students and athletes.

Junior Emily Barnabas wrote, “My first encounter with Dorian was during my freshman year in my semester one Honors Physics class. Physics was never my favorite class, but … I literally looked up to Dorian (a senior at the time) because he was so tall. Just in a single class period, you could count on Dorian to crack a joke or offer another humorous remark. Although I wasn’t close friends with Dorian, I’ll always remember him as one of [the] seniors in my physics class with a bright aura, positive light and down to earth personality.”

Senior Skylar Mansfield, who was a sophomore when Dorian was a senior, warmly recalled her interactions with Dorian. “Dorian was such an amazing friend to me,” she said. “He would make sure I was okay, he’d make me laugh if I seemed upset, and he was such a light in my life. There was one time where I had my whole [head] dyed blue, and it was when I first met him in my law class. He was like, ‘I need a nickname for you. Hmmmm Blueberry it is.’ So from then on he would call me ‘Blueberry’ and I would respond, even after I changed my hair color. It just was something he’d call me by. I miss him a lot right now.”

Sophomore Nicky Linck was one of the young student athletes who Dorian inspired with his athleticism and work ethic. “I used to play basketball with him everyday after school in middle school,” Linck offered. “He taught me so much and was always a positive person and a big influence to me.”

When it came to athletics, Dorian was so hardworking and determined, and he was such an amazing team player. He was always there for his teammates and took his team’s losses with pride, using them as lessons rather than defeats. A Blake Cheer Instagram post notes how supportive Dorian was of their team as well given that his twin sister, Camryn Hurd, was a cheerleader during her time at Blake.

“Dorian was the type of person that had your back no matter what,” Jared Sabin, Class of 2020, and Dorian’s JV basketball teammate said. “Whether it was on or off the court, his loyalty never wavered. He brightened every room he was in, and all he ever wanted to do was make people laugh and have a good time.”

Dorian was continuing to foster his passion and skill for basketball at the University of the District of Columbia, which he was attending on a full basketball scholarship.

Yet another space in which Dorian shined was the EubieTV production studio. Senior Josh Mims, who also said Dorian helped him create unforgettable memories in track and field, worked closely with Dorian there.

“I remember one day in EubieTV, everyone gathered around Dorian’s computer because he had just finished editing what I think was a highlight reel for basketball or some other sport,” Mims recalled. “Initially, he didn’t believe his video was that good. But after we all watched it, I can definitely say it was one of the best productions I had seen, and that’s not even an exaggeration. It was super well-edited and was honestly very heartfelt. We were all hyping the video up as we were watching it and seeing that notorious smile from Dorian made everyone else smile.”

He added, “Dorian had this amazing superpower that made everything automatically more enjoyable just by his presence. Even though he and I weren’t that close, his impact on those around is extremely prevalent. This is a great loss for so many people. Thank you Dorian for everything.”

Like many, EubieTV sponsor Heather Emory struggled with the news of Dorian’s passing. “The news of losing Dorian hit me pretty hard. Losing a student that was so well loved is gut-wrenching. I had Dorian for TV studio for two years, I think. I also taught him in English first semester of his senior year. In EubieTV class, he always had to have his earbuds in because he always said it helped him focus. It was extremely difficult to get him to put his phone down and focus, but you couldn’t argue with Dorian. He would sidle up to me and say, ‘Ms. Em. I need my music to help me focus,’ and then he would give me that big goofy smile. When he was in the Period 1 class, and he would be on air for broadcasts, he would always make sure that his mom knew he was going to be live that day. One day I had confiscated his phone so that he would pay attention during dry runs, and he begged me for his phone so he could text his mom and tell her he was going to be on the broadcast that day. He was so sweet. I could never stay mad at him. He just wanted to have a good time.”

Dorian’s passing, but also his vibrance, affected everyone: from students all the way up to administrators. Administrator Anita O’Neill remarked, “Dorian was a very special young man.  It is hard for me to think of him without seeing his beautiful smile, hearing his laugh or seeing him playing around with someone. We are all heartbroken. He will be deeply missed by the entire community.”

Simply put, Dorian Hurd had a good soul and was taken from us way too soon. He deserved the best and only the best in the world. What we can learn from Dorian is to always try to be a force for good in this world, to always try to be someone’s sunshine on rainy days. Dorian reminded us that maintaining one’s childlike wonder is a virtue, that life is about being a team player and never giving up, and that our presence is always affecting others whether we know it or not.

For more information on Dorian’s passing and an account from his family, read this Washington Post article.

A collaborative effort from the Blake Beat editors & SGA.