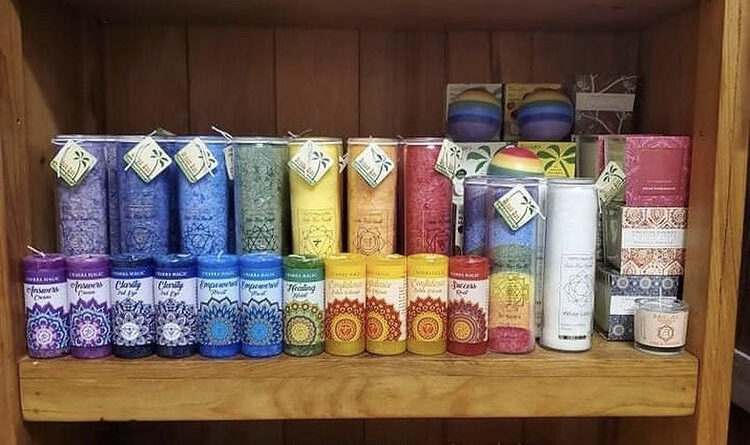 There’s a witch among us at Blake! Senior Hartley Pelton works with the god Loki, but it didn’t happen out of nowhere.

For context, there are many different types OF witches/witchcraft, the extent of the practice is seemingly unending. First you establish what “kind of” God/Deity/Spirit you feel drawn to: Greek, Roman, Celtic, Norse, even Christian, etc… and then you start to focus on HOW you want to work with them. Which is exactly what Pelton did.

“I first started ‘practicing’ back in middle school,” he says. “[It’s] when my research into witch practices began but I didn’t start actively practicing until 2 to 3 years ago.” He found the research of deities very interesting and through that, he just waited for someone/something to call to him. Through lots of research, he then found his place as a Norse Pagan, which is how he identifies as.

Eventually, themes and symbols started to consistently appear in Pelton’s life. He realized that the God Loki was reaching out. “As time went on I started to find myself drawn to things that he tends to like: the smell of dragon’s blood, the fool tarot card was popping up rather frequently in my life (which is considered the tarot card most closely related to him),” he states.

Even in his dreams, there were signs that Loki was reaching out. But, the turning point was when a customer at his job (The Crystal Fox) asked if he liked snakes, handed him a small snake token, and mentioned something about “passing it on”. Even now, Loki still sends him signs.

But what does “working” with a deity mean? Well, for starters it can come in the form of gifts and appreciation. “I almost always have a red dragon’s blood candle dressed in cinnamon with his name in runes burning in my room and often also have dragon’s blood incense burning. I have a red/orange/yellow (very pretty, looks like fire) goblet that I got for him which I put offerings for him in it such as crystals he wants, herbs he likes, the snake token the customer gave me,” he shares. Not only that, but Pelton wears jewelry in respect for him. “I always keep on a necklace that has his rune on it along with a vial of dragons blood oil, cinnamon chips, and a small piece of carnelian. I’m also always wearing a bracelet that has dragons blood wood on it,” Pelton continues.

One of the reasons Pagans worship and work with gods is the guidance they bring into their lives. “[He] helps me find myself and what makes me happy and lights up passion in me… He’s helped me find a form of confidence in myself while also pointing out times that I’ve needed to set boundaries with people,” Pelton proclaims.

Not only has the Norse God helped Pelton with self esteem, but also with his business. Pelton claims that he owes his success to Loki.

But, that is only Pelton’s story, and he wants to emphasize that there are hundreds of ways to study witchcraft. “There are a bunch of other pantheons [different types of witchcraft] out there people may decide to follow or they may decide to work with multiple deities from many different pantheons. But working with deities is honestly still only one of many paths you can follow, some don’t believe in them at all,” he continues, “Many witches are very earth and nature-based and work with the natural elements, others connect to cosmic and moon patterns, while others will dabble in a little bit of everything.” Some consider their work to not be spiritual or religious at all in the witchcraft community. Some witches work together in Covens(a group of witches), while some work independently.

Being Pagan takes a lot of dedication, but if this interests you Pelton has some advice on where to start. “Do your research and don’t ask strangers to tell you what to do. Find a community that will help provide you with further information and build relations with those people… People hate when I tell them this but it all comes down to you and your preferences. If something resonates with you it resonates with you, if it doesn’t resonate with you leave it and move on,” he emphasizes.

Obviously witchcraft isn’t the most popular belief out there. Due to its uncommon place in Christian/western society, there are a ton of misconceptions out there. Firstly, as mentioned, there are many different ways to practice witchcraft and paganism. There’s no right or wrong way to be a witch. “It’s all about find[ing] what works for you,” Pelton says.

Secondly, “It’s not working with the devil and making inhumane sacrifices, please stop assuming that and just do a little bit of research before calling us evil doers,” he continues. “Some do work with demons such as Lucifer, Lillith, Beelzebub, Asmodeus, etc but I promise you that it’s not evil, they are in fact very helpful deities to work with for many people.”

Thirdly, “Moldavite and carnelian won’t completely change your life. Please stop asking (and stop trusting the information you see on TikTok and do your own research),” he ends.

It’s no secret that Christianity is built into our society. Christian ideals have always been the norm. When witchcraft is seen as worshiping the devil, there’s often denunciation that comes when discussing it. “Witchcraft has been so villainized by the church so it’s often a hard topic to bring up without some form of criticism,” he elaborates, “There’s just a lack of good representation of it whether that be in media or just in general life, it’s never really an option that’s considered when asking someone about religion.” But he says it’s not the biggest deal in the world, he chooses to ignore it.

With all this being said, Pelton wants to emphasize he’s not a professional by any means: “Please take my words with a grain of salt, I’m speaking purely from my experiences and… am constantly still learning and growing as a pagan.”

If you’re looking for places to get started ie. buy crystals, incense, candles, herbs, research, etc… try checking out The Crystal Fox in Laurel. Other places to visit are Smile Herbs for more herb based products or Earthy Elements in Fredrick for crystals.

Everyone has to start somewhere! Don’t be afraid to ask for help, but find what resonates with you. No one can tell you how to be a witch.