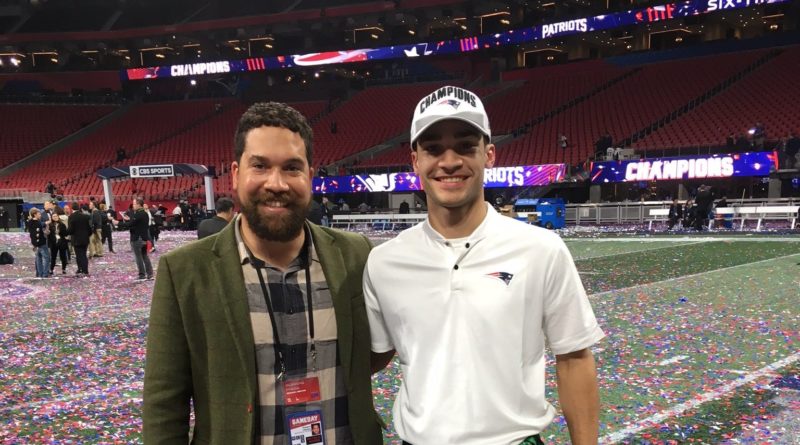 From taking Journalism classes in high school to becoming a sports investigative reporter for The Washington Post, Blake alumnus Robert Klemko anticipates a new stage in his career.

Spending the past six years as a senior staff writer for Sports Illustrated, Klemko focused on the National Football League (NFL). As his time with Sports Illustrated has come to a close, Klemko recalls his journey through his career thus far.

Klemko credits his exposure and practice with Journalism to former Blake Beat Advisor Kevin Keegan for properly equipping him with the necessary skills he needed for the professional field. He says, “[Kevin Keegan] made the newspaper feel like that kind of team that relied on each other. It was really a collaborative effort. We could all succeed together.” As a previous writer for the Blake Beat, Klemko was a sports writer and an editor during his senior year.

Klemko acknowledges Mr. Keegan for his efficiency in maintaining the passion of writing in his students. He says, “You know, he got alumni all over the Journalism world. I think there [are] five of us at the Washington Post.”

Working on double byline stories paved the way for Klemko to take on more complex stories and writing opportunities. One of the most notable being, Klemko’s coverage on the Journalist who stole Tom Brady’s jersey after the Superbowl in Mexico.

He says, “We won the AEFP award for that story because it was so wide-ranging and it showed the depth of our ability to report.” Klemko goes on to explain the willingness to chase after stories independently. “I think that the most important advice that I have gotten, that I have taken with me to every job . . . is [from] an Editor at USA Today who told me that wherever there are any reporters is where you do not want to be.”

Klemko also notably unveiled underlying controversies in his coverage of the tight end Kellen Winslow rape trial and exposure of wide receiver Antonio Brown. In his time covering the Brown case specifically, Klemko identifies the power of following a story despite all its twists and turns. “It is not cookie-cutter; you do not know [where] you are going into it and you are open to learning something different.”

Klemko’s work, however, has also gone beyond the sports spectrum, mending both prevalent societal issues with sports in the media. While it is common for sports to serve as an escape from politics, Klemko argues that sports do the very opposite. “Sports have been the forefront of culture for, you know, forever.” He continues, “It has always been sports that was at the forefront of all of these issues and forced people to grapple with them. I do not see that departure from history.”

Klemko also notes that in his investigative reporting, he focuses on the broader issues and their impact on society instead of the player’s quality. He explains its purpose is to divert from the popular solely sports-based coverage and instead highlight the kind of impact those stories place.

Referring to the Winslow trial, he says, “We often think about rape in terms of somebody you know or somebody on the street. But, you do not think of it in terms of homeless women and indigenous women and the people that are at the very bottom of the totem pole, being taken advantage of and that, in a lot of cases, is rape.”

Now at the Washington Post, Klemko anticipates continuing the purpose of Journalism. “What I would like to do at the Post is focus on the people that are pulling the levers . . . what interests me is wrongdoing and people being taken advantage of at the highest level” he says. Klemko adds, “I think that is kind of the job of a journalist . . . as long as you are exposing wrongdoings then you are doing the right thing.”
Currently, Klemko has one article published with the Washington Post, examining the racial disparities of NFL team owners. While it is only the beginning of Klemko’s career under the Post, it is evident there is more riveting reporting to come.