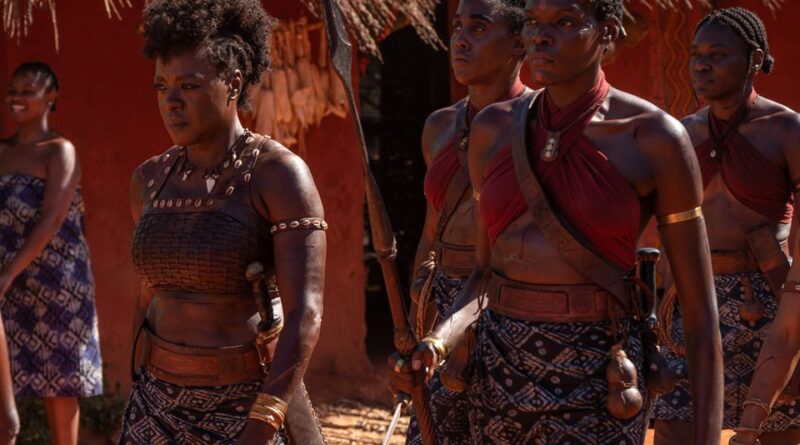 It is true that the Woman King is based on a true story. From the late 1600s to the early 1900s, the West African kingdom of Dahomey (located in present-day Benin) was defended by an all-female regiment of warriors. On account of continuous raids on neighboring communities, the number of male warriors reduced significantly, which paved the way for women in the community to step into their roles.

The group was formed by Queen Hangbe, she amassed a squadron of women to protect her with a willingness to die. Which is impressive considering the extremely patriarchal Dahomey society.

The Dahomey warriors were known to be archers, hunters, and even spies. Although the women exercised regularly to stay mentally and physically fit for combat, their entire lives weren’t spent fighting. They also guarded the royal palaces, grew fruit and vegetables, and sold captives as slaves. The warriors would sing “Men, men stay! May the men stay! May they raise corn and grow palm trees… we go to war.”

Many viewers felt that the Woman King was incredibly inaccurate, which is not false. The movie shows the Dahomey kingdom attempting to stop the slave trade, when in truth according to history, they were very much active members of it. The Kingdom of Dahomey held dominance in West Africa due to its disciplined army and its role in capturing and selling thousands of people from neighboring nations/kingdoms. Most being captives of war. However it must be understood that the action of stopping the trade is not completely incorrect. Several African kingdoms were active participants in the Transatlantic Slave Trade, not solely because it was profitable, but also because many were under the impression that slavery in the West was the same as slavery in Africa. In Africa, slaves were captives of wars between kingdoms and tribes. A slave usually didn’t remain a slave their entire lives, and they were entitled to a number of rights, including that their children were guaranteed to be born free. When kingdoms in Africa became aware of the differences in slavery, and when Europeans began taking more Africans than they were given, many African rulers, such as Queen Nzinga Mbande, became opposed to the trade and made attempts to end it.

Women of Many Names

The term “Amazons” is a very popular phrase to refer to an all-female military unit, however historians say that the term is too colonial and doesn’t do the strength and accomplishments of these women justice. Historian Pamela Toler says, “In addition to it being a decidedly colonial reference, you’re sort of reinforcing the idea that they are exceptions, and that no ordinary woman could be larger than life. That’s a very European perspective on these amazing women.” ‘Amazons’ was the name given to the Agojie by the French.

The warriors of Damhomey were called many names in the Fon language. ‘Gbeto’, meaning “Huntress’ ‘. Historians theorize that the women warriors were formed from groups of elephant huntresses. ‘Mino’ or ‘Minon’, meaning “Our Mothers”. Ironic considering they weren’t allowed to have children or partake in family life. And lastly the popular ‘Agojie’. All are much preferable to the colonized ‘Amazon’.

Many are unaware that the popular Dora Milaje (Meaning “Adored Ones”) from Black Panther were based off of the Dahomey Warriors. However, for the aesthetic of the movie, the Dora Milaje were presented as glamorous and sleek, their uniforms made of brightly colored cloth and various precious metals. Historians say that by the 1800s, the uniforms of the Agojie were so similar to their fellow male soldiers, most of their enemies didn’t realize they were women until seeing them up close in hand-to-hand combat. It’s said that it’s likely they wore long shorts, a tunic, and a cap. Nothing like the tight-fitting, almost bathing suit like clothing you’d see in most modern-day depictions of female warriors.

I spoke to Ms. Givens, our African American History teacher. She was the one who first spoke of the movie in class, and even has handouts with a more in depth history of the Dahomey Kingdom.

What thoughts does this movie spur in you?

“It made me want to learn more about what really happened with the people and the culture of the Dahomey kingdom.”

What is your emotional response to this movie?

“I went through a range of emotions watching this film. It felt inspiring, I felt a lot of pride watching it not only because the characters were Black and African but also because they were woman and shown as being strong, fearless, and independent. There were other emotions you know, I cried during the film because there were parts that were sad and you could empathize with the pain. It was historical, so as a history teacher you know, I was seeing history being reenacted in a dramatic way.”

Do you feel this film is historically accurate?

“I don’t think Viola Davis’s character (Nawi) actually existed, and I know they had the love story that was a Hollywood additive. But I think even if it’s not 100% accurate it at least is showing aspects of history we normally aren’t shown or are covered up. It’s important to know that prior to colonialism there were thriving African kingdoms and within the kingdoms women had larger roles than they like to portray.”

Would you recommend this film and if so, why?

“I would because I think like I said it’s positive in that it shows the strength of a people, it shows strength of women and I think it could make people feel good about themselves and their culture when they leave the theater.”

I also spoke to junior Christian Ricks, who has a reputation among his peers for being a lover and critic of movies.

Was there anything you liked about the movie?

“What I did like about the movie was the fight scenes. They were really well choreographed, which wasn’t surprising because beforehand I had seen videos on the weapons training the actors went through for the roles.”

Was there anything you disliked about the movie?

“For one I disliked how they tried to perceive this tribe as good guys who were trying to change their ways and were forced to sell slaves, but that’s so insanely historically inaccurate, it’s insane. Other than that, the plot was extremely scattered. There were such odd and pointless things to the story, like the half-Dahomey half-Portuguese guy who was always popping up, adding new plot lines that never had a real resolution. Like his whole relationship with Nawi only led up to him buying her as a slave and somewhat freeing her. It was just weird to me.”

What was your emotional response to this movie?

“Honestly as a movie, it wasn’t horrible. The performances – Viola Davis always puts on a good performance – and fights were really good, but the plot lines weren’t as good. It being based on a true story but it being inaccurate made me dislike it more than I would’ve if I didn’t know about it historically.”

Would you recommend this film and if so, why?

“I wouldn’t recommend it. Honestly, it wasn’t something that was a stand out film for the year and it really doesn’t deserve the 2 hours 14 minutes I gave it.”

Check out this article to see my opinion on the movie! 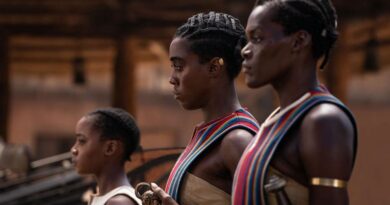