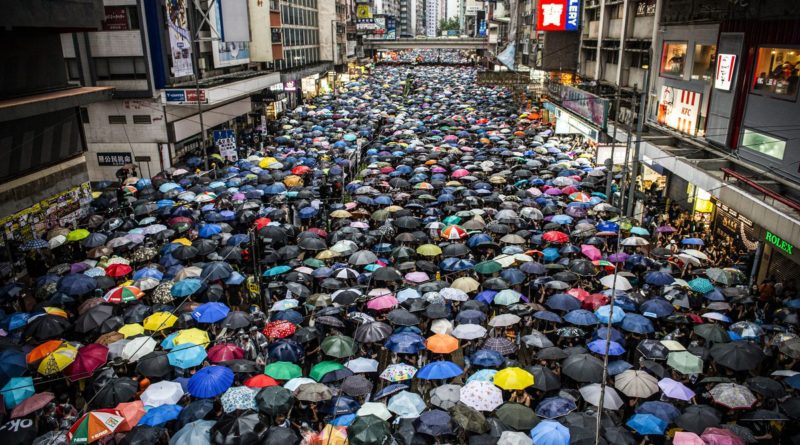 2019 was a year of violence for Hong Kong, and the struggle has boiled over into the new decade. Formerly a British Crown Colony, the controversy over the fate of the region’s independence has created turmoil since the UK agreed to cede Hong Kong to China in 1997.

The deal means Hong Kong is promised the right of self-governance as a special administrative region of China, excepting matters pertaining to foreign and defense affairs, until 2050, at which point the Chinese government would exercise full control of Hong Kong. However, censorship policies, invasive surveillance technologies, and politicians with business interests making them sympathetic to mainland China work in tandem to keep citizens of Hong Kong under unofficial rule of the Chinese Communist Party. The Chinese government seemed to be tightening its clamp on Hong Kong until protesters rose up last year against an extradition bill that, if passed, would have sent Hong Kong citizens convicted of crimes to mainland China for their trials. Hong Kongers believed this bill would mark the end of their autonomy and subject them to unjust prosecution by corrupt, authoritarian Chinese courts.

While the volatile protests led to the bill being withdrawn by Hong Kong Chief Executive Carrie Lam in early September, the movement morphed into a larger plight to retain what many view as fleeting freedom for Hong Kong citizens.

A high school student from Hong Kong offers his feelings on the situation, expressing fear for Hong Kong’s future. “Hong Kong has been my home ever since I was born, and it is saddening to see the society being divided and people getting hurt,” he says. “I’m angry at the government because of their ignorance and inability to respond to its people and resolve the conflict.”

The student criticizes the Hong Kong government as being hypocritical and selfish as they claim to promote the welfare and independence of their people, but continue to side with the Chinese government. He urges Hong Kong officials to grant protesters their demands—chief among them universal suffrage.

Protests have raged for more than six months now with no end in sight. Police continually fire tear gas at demonstrators and have conducted excessively forceful arrests; students have occupied universities in protest; people of all ages have shut down streets, demonstrated in shopping malls, chanted in front of embassies, closed down airports, and more. Foreign investors are beginning to leave Hong Kong as unrest continues. At least 10 people have killed themselves in response to China’s death grip on Hong Kong.

The protests’ powerful shockwaves have drawn international attention. Taiwan, another region that has a contentious relationship with mainland China, is home to several protests, which illustrates clearly the deep cleavages between China and several other culturally-distinct areas it tries to hold power over. While some people residing in these contested areas are ethnically Han Chinese, years of external cultural influences and differing historical experiences have pushed Hong Kongers, Taiwanese, Tibetans, and those in Xinjiang to forge their own identities if they are not already of a different ethnicity—ones that the unitarian Chinese hope to erase. For the high schooler from Hong Kong, the dynamic is not much different.

He identifies as Chinese because of his ethnicity but explains that he’s not always proud of that fact—especially now. “I associate myself with pre-modern Chinese culture—anything before the 1900s, the glorious times of the Tang Dynasty and the advances in medicine and math,” he adds. “In more modern times, I feel like China has gone a big step backwards culturally, mainly due to the government’s commitment to forcing everyone to becoming a patriot. I fear Hong Kong will become the next Tibet if we lose this fight,” he remarks, referring to the Chinese government’s systematic erasure of Tibet’s culture.

The instability has even affected Blake students. Senior Erica Su, who is Taiwanese, offers her thoughts on the situation. “Even though I do support somewhat of a communistic society,” she says, “I don’t support how [China is] so ‘We’re right [and] you’re wrong just because we’re Chinese.’ [China] shouldn’t have to prove how much power they have by killing others or oppressing them, shutting down their economies, and whatever terrible things they’re capable of.”

Senior Joyce Koo, whose family is from Hong Kong, remarks that she also wants the Hong Kong government to listen to the protesters’ demands, but points out that any resolution will be hard to achieve when Hong Kong’s government is so heavily influenced by the Chinese and Hong Kong’s people are reacting with extreme volatility. “Hong Kong can’t exactly stop the conflict since the conflict is within the Hong Kong government, which is controlled and influenced by China, and its people don’t have much of a political voice,” she says. “Both sides have their extremes. While the protests are usually nonviolent, there are some protestors who react violently and attack the [Hong Kong] police working for the Chinese government, which in turn responds with more violence. It’s hard to stop the conflict when both sides aggravate the situation.”

Overall, it is clear that the outcome of this conflict will have lasting political and economic implications for all states involved, but it will also bear deep emotional implications for individuals connected to this issue. “Growing up, my parents took us to Hong Kong to visit family quite often, and I’ve always seen the city as my second home,” Koo adds. “Now it feels like the city is torn apart, and it’s hard to see people suffer. It’s sad to think it’ll never return to the way it used to be.” 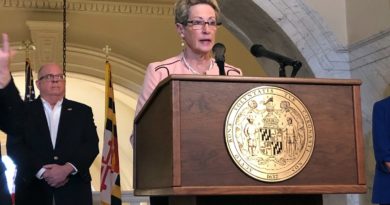 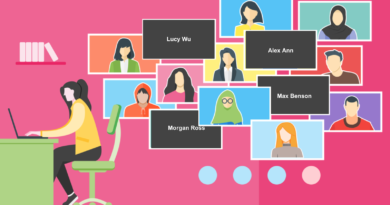 Exploring Debate Over Cameras Being On During Zooms