On September 1st, Texas legislators made abortion illegal as early as six weeks into pregnancy. The law was named the ‘Heartbeat Act’ because around this far into the pregnancy, a fetal heartbeat is usually detected. This gives lawmakers evidence to the argument that abortion is on par to murder, which is the primary reason behind its illegality. But, medical professionals have ruled it out to be misleading, saying the terminology should be ‘Fetal Pole Cardiac Activity’ instead. This topic should be left in the hands of doctors, who have more knowledge—it is none of legislators’ business what women do with their bodies.

Women should be able to decide whether or not they want an abortion without having someone stick their nose in their business. This decision is just like any other decision that has to do with your body. Does someone get to decide whether or not you get a haircut? Or when you get a piercing? No, because it doesn’t affect them in any way. If it isn’t your body, then don’t worry about it. If you don’t support abortion, then don’t have one. But, don’t force your opinion down someone’s throat if you don’t necessarily agree with their beliefs. There are around seven billion different people in the world, meaning there are seven billion different thoughts, many of which are different from yours. The world doesn’t revolve around Texas legislators and their thoughts/opinions.

This principle is extremely harsh and unfair. The woman who is actually carrying the baby should make the decision if they want to keep it or not. At the end of the day, they are the ones who are affected by this change. They will have to live with it, while the lawmakers just move on. The choice made by pregnant women does not affect them in any way, so why should they control their ability to make that decision? Why is it illegal for women to make choices for their own bodies?

The rule allows pregnant women to sue abortion providers if they have violated it, meaning the women who are getting the abortion are not the ones being punished.  John Seago with Texas Right to Life says, “These lawsuits are not against the women. The lawsuits would be against the individuals making money off of the abortion, the abortion industry itself.” Anyone who is able to successfully sue the person who helped provide an abortion can earn at least $10,000 from them. The term “abortion providers” could also cover the person who drives the woman to a clinic or pays for their procedure as well, which is also unreasonable. What do they have to do with the woman’s choice? They are only the transporter.

Another illogical factor of this rule is that not many women know they are pregnant at six weeks. In some cases, it can take up to 12 weeks for them to find out, which is double the amount of weeks given by the law. The six-week deadline does not give them enough time to make a decision that could influence their entire life. What would their future be like if they don’t continue this pregnancy and vice versa? It can take a massive toll on them. Forced childbirth can impact women’s mental health negatively. They could have depression or parenting stress.

Not to mention, there are no exceptions for rape or incest, only if there is a medical emergency. Now women are forced to carry their pregnancy even if it was caused by a traumatic experience. They can’t leave their past behind and have to be reminded every day of what they faced.

Teen parents are also impacted by this news, especially if they are not ready to have a baby. Teen moms are less likely to graduate from high school or even attend college. According to the CDC, only 50% of teen moms earn a diploma by the age of 22, while 90% of teens who have not given birth graduate from high school. They are piled up with schoolwork and they have to make sure their baby is well taken care of too? Raising a baby takes a lot of responsibility that many teens are not ready for.

These cons can very easily lead to a rise in the number of neglected children. Since this law doesn’t necessarily stop all abortions, the number of deaths from unsafe abortions can rise as well.

Since the establishment of this law, there have been mixed reactions and responses. Advocates for women’s rights and medical authorities have heavily criticized the law. One response was from President Joe Biden. He says the change “blatantly violates” women’s constitutional rights to abortion. I agree with Biden’s statement because it invades their privacy.

With points of view from society colliding every day, we should stick together and keep fighting for what is right. Some ways to do this are to educate the next generation, peacefully protest, share feelings and experiences, or simply just listen.  Spreading awareness is crucial to bringing attention to recent news and changes too. All of our voices are valid in trying to change the world for the better. We can not do this on our own. 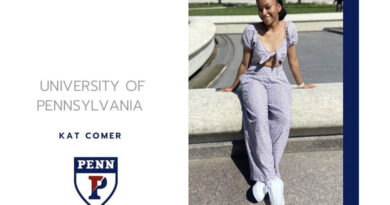 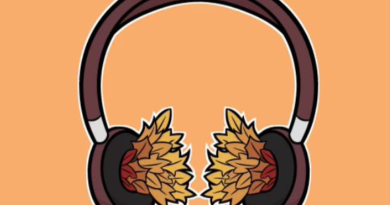