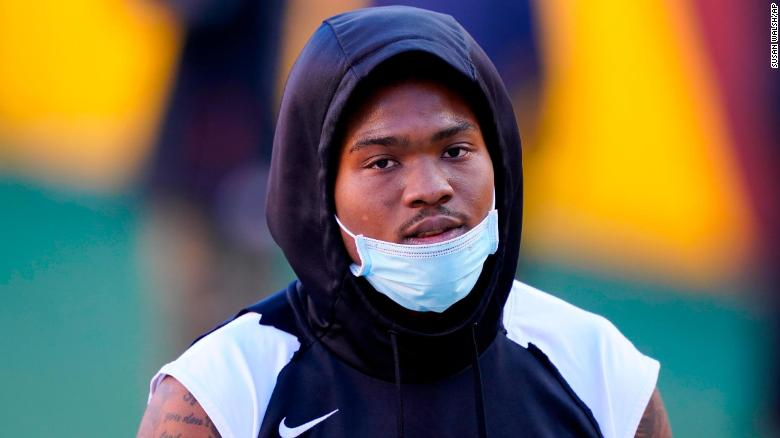 The Washington Football Team won the NFC East and hosted a playoff game for the first time in five seasons. But should they be proud of the season’s turnout?

This season, the Football Team finished with a losing record (7-9) in arguably the worst division in football history. The Cowboys lost their quarterback Dak Prescott, Eagles Quarterback Carson Wentz didn’t live up to his $144 million contract, and the Giants lost their running back Saquan Barkley to a torn ACL. What did the Football Team have to overcome?

The season’s controversies started in the summer with pressure from companies sponsoring the Redskins to change their name. In 2013, team owner Dan Snyder said, “We’ll never change the name. It’s that simple.” The name is considered a racial slur towards Native Americans and the name change was long overdue. Snyder was forced to change the name to Washington Football Team before the 2020-2021 season.

Also before the 2020-2021 season started, Coach Ron Rivera was diagnosed with squamous cell cancer in his lymph nodes. This, however, didn’t stop him from coaching. He persevered and didn’t miss a game. After two months of treatment, he beat cancer.

Quarterback Alex Smith had health issues as well. Nov.18, 2019, he suffered a compound fracture that broke his fibula and tibia in his right leg. Because of further complications, he needed a whopping 17 surgeries to be able to return to play. He returned in Week 5 but injured his calf in Week 14. This couldn’t have come at a worse time with the Football Teams’ struggles on offense. Who replaced him?

In comes Dwayne Haskins. The Football Team’s 2019 first-round draft pick was caught up in hot water. He was given an opportunity earlier in the season but didn’t meet expectations. Ron Rivera gave him another shot to prove his worth. After being named team captain, the quarterback was seen in a nightclub maskless. The Football Team punished him with the maximum one week fine, $40,000. He was stripped of his captain role and was replaced by their 2020 lottery pick Chase Young.  After another subpar performance, he was then released Dec. 28 and replaced by their third-string quarterback Taylor Heinicke.

A big question moving forward is the quarterback of the future. Taylor Heinicke played a solid game, throwing for 306 yards and a touchdown in the playoffs. The Football Team must lock in a quarterback long-term to mesh with their improving young core. They’re unlikely to pick a quarterback with the 19th pick in the draft so it might be through free agency. Ron Rivera has yet to decide the future of the position.

Away from the field, a former employee accused Football Team’s owner Dan Synder of sexual misconduct. He said that “no evidence of wrongdoing was found after an investigation by a well-respected firm.” He and the Football Team then settled and paid the woman $1.6 million.But with all these problems, the Washington Football Team still had a place in the playoffs against the Tampa Bay Buccaneers. Though they lost 31-23, they still kept it close and played hard. Their defensive line, led by Chase Young and Montez Sweat, has been playing well all season and is one of their big strengths moving forward. Their persistence shows a great culture within the team and that can’t go unnoticed. Bruce Allen infamously stated, “the culture is damn good in Washington.” And while that statement didn’t hold much water under Allen, Washington Football Team fans should be thrilled moving forward under Rivera.

Note: This post was corrected from a previous version.