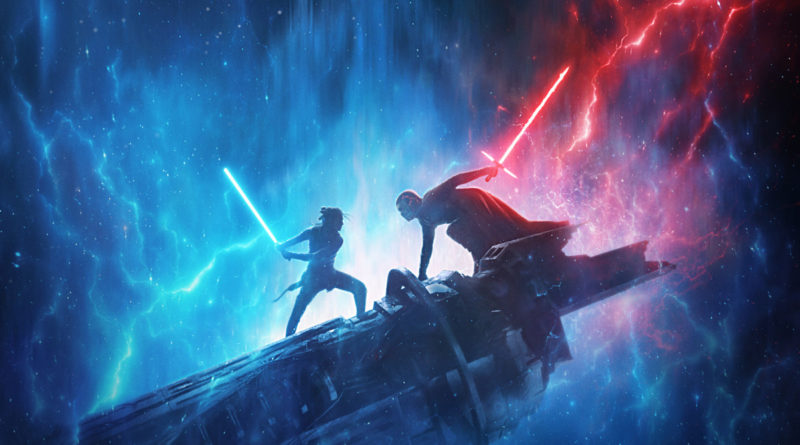 The Rise of Skywalker provides a nostalgic and admirable closing to an iconic film series. As it comes to a close, fans were left reminiscing over aspects unique to the original trilogy. Cameos from the lovable Ewoks, charismatic Lando Calrissian, Yoda, and a Ben Kenobi-esque apparition from Luke brought timeless fan favorites back to the spotlight. With a heartwarming opening scene on Tatooine, lifelong fans were transported back to the place where the franchise began.

The return of original cast members, not only furthers the nostalgia but guarantees quality acting. Beloved cast members Carrie Fisher (Leia), Mark Hamill (Luke), Billy Dee Williams (Lando), and Harrison Ford (Han Solo) returned for this epic closing of the story. Newer faces Daisy Ridley (Rey), John Bogeya (Finn), Adam Driver (Kylo Ren), and Oscar Isaac (Poe) were successful in continuing the acting magic. They captured the essence of the classic Star Wars character with riveting chemistry, great comedic timing, and a seamless translation of emotions to the audience. Supported by equally strong camerawork and exceptional CGI animation, the quality of the film itself is an artistic masterpiece.

Conspiracy theories regarding  Rey’s past flooded the internet before the final installment, but this film expertly threw a wrench in a majority of the most popular theories. Rey’s ancestry -which will not be spoiled- smoothly brings the series to a close, connecting backstory and intertwining some of the most complicated timelines in the Star Wars universe to weave one big, satisfying web.

Most impressive is the LGBTQ feature—a female couple sharing a brief romantic moment that broadcasts inclusivity and love to a large fanbase. As George Lucas, Star Wars’ creator, has expressed support for the LGBTQ community and hinted at the varieties of sexualities within his characters, it is pleasing to see this integrated into the film. Star Wars successfully used its immense influence to support equality, a feat that deserves proper recognition.

Beyond being a nostalgia-filled spectacle, the two and a half hour scavenger hunt closes off one of the most beloved franchises of all time with plot holes, inconsistencies, and poor writing.

The film starts with a sprint and doesn’t stop until the halfway point, giving no time for the audience to breathe and absorb what happens on screen. The movie’s fast pace means almost no characters are given time for development, especially new faces. Why Disney decided to add more characters as plot devices is beyond me. Maybe the movie should’ve focused on fleshing out the underdeveloped main cast.

The Rise of Skywalker is like shoving two cakes in one oven. Yet these cakes are devoid of commentary or creative ways to keep the main characters occupied until the climax. In many video games, “fetch quests” will have you go off on tangential tasks to find things. The Rise of Skywalker takes its audience on many “fetch quest”-like star tours in search of a treasure that will help find a map, which will help find an object that will then help find another plot device.

More than four characters appear to die and come back to life, one of them is resurrected multiple times. These restorations range from “gotcha” moments to a magical Sleeping Beauty style kiss revival, a scene that appeals to the darkest and most disgusting corner of the Star Wars fanbase.

Despite being aimed at all ages, the film force-feeds exposition to the audience, robbing it of any mystery or suspense, as if the audience can’t think or reason for themselves.  Many events are explained away as results of “the force”, a once mysterious and sparingly used Jedi power. At this point, the force can do literally anything to advance the plot. Need to find someone? Just use the force! Need to bring someone back to life? Use the force! Having trouble covering plot holes in your movie? Explain it with the force! The force cures all!

The Rise of Skywalker never fails to stick band-aids over its bullet-sized plot holes. If this is your first movie in the saga, you’ll probably love it. If you’re a longtime fan, chances are you’ll leave disappointed. It’s a pretty good movie, but a dreadful Star Wars movie. 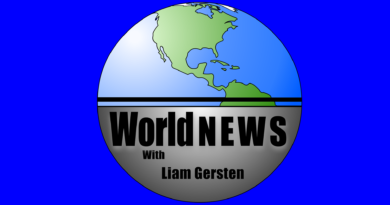 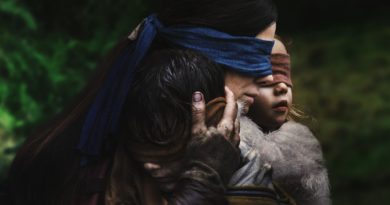 Photo of the Week: The Bengals Bounce Back

In this month’s episode of the Bengal Angle, join co-hosts Egan and Jude as they acknowledge the holiday season and