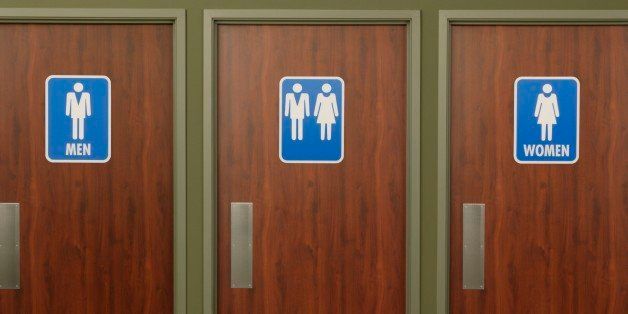 We’ve all seen the classic “male” and “female” bathrooms. They are everywhere and easy to access. However, how many gender-neutral or “non-binary” restrooms have you seen?  Noticed any at Blake?

If you did not know, those who identify as non-binary are transgender people who don’t identify as either male or female. Since they are neither male nor female, you can only imagine the struggle they have when trying to find a bathroom that doesn’t compromise their gender identity.

Students of all gender identities should be able to feel comfortable while using the bathroom. Blake should give nonbinary students the option of a gender-neutral bathroom, in order to make Blake a more inclusive space for all its students.

Implementing gender-neutral bathrooms would let Blake non-binary students know they are valid and acknowledged by their community. It prevents them from having to use a bathroom that doesn’t represent their gender identity, which leads to negative emotions for many.

To add on, gender-neutral bathrooms would also benefit all of Blake’s transgender students, not just our non-binary ones. Transgender students would be able to use a bathroom they feel safe using. In a study by the D.C. Trans Coalition from 2009,  13 out of 31 transgendered respondents reported they have been verbally harassed and/or denied access in non-gender-neutral bathrooms at school. All students deserve a safe place to use the bathroom, and it should be Blake’s job to provide that.

Sophomore Jacin Hernandez makes a convincing argument when they say, “it [gender neutral bathrooms] allows people who aren’t fully out, yet want to be at least somewhat recognized as who they are, [not have] to actually come out.”

Gender-neutral restrooms would allow Blake to become a more inclusive space, one that represents students of all gender identities. It would be a more welcoming place and hopefully, make the student community feel safe within its walls.