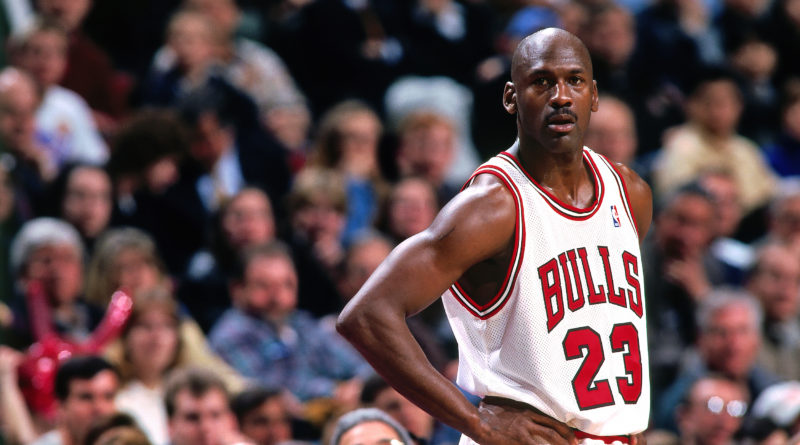 We all know Michael Jordan. Some people call him the G.O.A.T. but others are stuck in this generation. He created a documentary that went into the untold story about himself and the Chicago Bulls’ dynasty. Here’s what we’ve learned from the 10 part series, “The Last Dance.”

Our generation unfortunately couldn’t see Michael Jordan in action. I have some uncles in my family who rave about his greatness, but I never really understood it. I hear the six championships and I’m like, Ok cool, but Robert Horry has seven. I never got to do the eyeball test on Michael Jordan, but many greats did: Larry Bird called him, “God disguised as Michael.” Hearing that, I just thought it was ignorant. But after I watched him put up 63/5/6 against five future Hall of Famers in the playoffs, I realized that I would’ve said the same thing.

We don’t have a player with Michael Jordan’s mentality in today’s game. Everyone that’s ever trash-talked him has regretted it: Magic Johnson, Kevin Garnett, and Reggie Miller, to name a few. Nobody killed like he did and I don’t think anyone will get to his level. The closest mentality my generation has seen to him is the late Kobe Bryant, who almost mimicked his game.

He also played in an era where you could get into a street fight mid-game and only get a technical foul. Nowadays, as sports media host Stephen A. Smith says, “You can get a technical foul for bad breath.” The NBA has become soft compared to what it was back in the day and it seems like it was more entertaining back then. But for safety precautions, the NBA had to make stricter rules to lessen fights.

One clip that stood out to me was of Michael talking about how during his rookie year, he walked in on some of his teammates doing crack cocaine. Granted, this was in the ‘80’s, during a time when it was really popular. He walked into the hotel and saw his whole team using it, but instead of joining, he left and did his own thing. He didn’t blow his money on drugs and girls. He had his own townhouse that he lived in by himself and all he did was sleep, and play basketball and cards. This shows the maturity of Michael compared to the teammates he had around him. The teammates could’ve easily convinced anyone else to make a bad decision, but not Michael.

When you hear Michael Jordan, you shouldn’t just think about him being 6/6 in the finals and not allowing a game 7; you should also think about his accomplishments before the championship runs. He averaged 37 points per game during his third season in the NBA. But, what makes the 37 points per game so crazy is that he was in a league where the three-pointer wasn’t popular. That means he got to 37 almost every game off two-pointers, which is unbelievable. He also already won a Defensive Player of the Year, Most Valuable Player, and scoring title the same season he won Defensive Player of the Year. That shows that he was the best player on both sides of the ball, meaning he’s working harder than everyone at all times.

LeBron James is the player whom my generation sees as the greatest of all time. LeBron and Michael have their similarities. They both started on bad teams and took those teams deep in the playoffs, but never won a championship. People looked at them both as players who could score but never achieve the goal. As their teams got better, they began to play more team basketball. They both needed a Robin to their Batman to get the team over the hump and were finally put in the conversation of who’s the greatest after they won their championships.

So far, this documentary has taught me about how different Michael was from today’s stars. In today’s game, nobody has the confidence to go out and say what they’re going to do before they do it and never disappoint. He played with a certain drive and aggression, and his assistant coach at North Carolina Roy Williams said best, “Michael Jordan was the only player who could turn it on and off, and he never freaking turned it off.” I feel like today’s game is missing a Michael Jordan type of player. We need more players like him because it would make the NBA more entertaining than it already is.

Nowadays star players are load managing during the regular season and it’s very disappointing to turn on my TV and see a completely healthy highly paid superstar sitting on the bench in a suit. Nobody wants to watch the second team play against a team that’s as bad. Michael in today’s game would play every single game if healthy, no matter how tired he was. More people need his mentality because they would do a lot less complaining about fouls that aren’t called. Instead of complaining to the ref, Michael would’ve taken it to the paint stronger, and if he failed, he would’ve gone in even stronger.

Michael was a man who made his own decisions, the ones that made him happy. Growing up, his dad always wanted him to play baseball and it was a dream of his. After his dad was murdered, he retired without the intention of a return and it’s because he wanted to do it. The media began wondering why he retired out of nowhere, but he knew where he was in his life and made the right decision for himself. People threw him in the dirt when he decided to transition into baseball, but he knew it was his passion and that wasn’t going to influence him to not pursue that passion. Sports Illustrated went behind his back and didn’t even consider what situation he was in and Michael took offense. But, with anything that pushes his buttons, it only makes him work harder and get better, and that’s what he did.

Only crazy people would make up stories to get them mad and fuel their adrenaline, and Michael was the right kind of insane. What really stood out to me was the LeBradford Smith story. Smith, a rookie playing for the Bullets, had a great game and scored 37 on Michael. Michael then went on to make up a story about Smith saying “Nice game, Mike” because he needed a reason to go after him. They played the next night on a back-to-back and MJ dropped 47 on him. Decades later, he admitted that he made up the story. Michael played with a grudge, and always found a way to get himself in a payback mindset, even if the other person didn’t do anything wrong. This is part of the reason why you shouldn’t trash talk to him; he’ll make you regret it.

The ‘Flu Game’ really showed the world how much better Michael was than another other player on the court. After eating a pizza that gave him food poisoning, he still was able to produce in the finals. In today’s game, not one player would be able to do what he did while feeling so ill. They would be on ESPN ruled out due to illness. He just wanted to win at all costs and that mindset really made him who he was. He played 44 minutes and scored 38 to lead his team to victory by himself. In my opinion, that game sealed the deal on who’s the greatest athlete of all time.