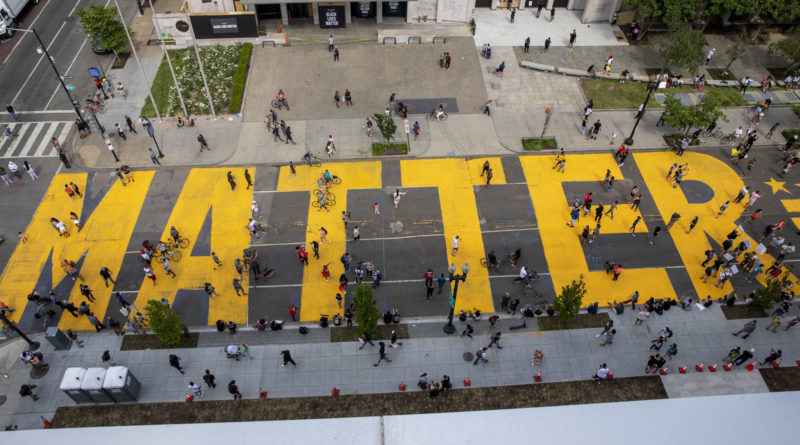 As protesters are filling the streets of major cities and small towns alike demanding an overhaul of government and the justice system in the wake of George Floyd’s death, President Trump’s response to the demonstrators and their desires continues to be criticized as incendiary.

People on Twitter have called to mind President Trump’s condemnation of NFL player Colin Kaepernick for kneeling during the national anthem to support the Black Lives Matter movement, yet he praised white protesters rallying against the removal of a Confederate statue in Virginia as well as armed Michiganders protesting stay-at-home orders.

President Trump recently tweeted that governors would have the full support of the military if they needed to quell violent protests, writing that “…when the looting starts, the shooting starts—” a phrase uttered by a white supremacist years ago that implies he would further compound the violence imbued in these protests. The National Guard has been activated in 15 states and DC to provide armed resistance to protesters.

Junior Kelen Chen comments on the irony of President Trump’s rebuke of the conduct of “foreign adversaries,” namely the administrations of illiberal regimes like Iran and China, when he seems to be adding fuel to the flame domestically. “It’s disheartening going from a president who talked about [ending] division to a president who practically encourages it,” he says.

Most recently, Attorney General William Barr gave orders to clear a street of peaceful protests so President Trump could walk to St. John’s Episcopal Church for a photo opportunity with him holding up a Bible, much to the chagrin of the Church’s bishop, other clergy, and even some conservative politicians. Police officers were seen rushing orderly protesters with batons and mowing over demonstrators and journalists alike so that the president could cross the street unperturbed.

In response to this, DC Mayor Muriel Bowser ordered the words “Black Lives Matter” be spray-painted on 16th street leading up to the White House, ending just in front of the church where President Trump had his photo shoot. Additionally, she had the section of 16th street in front of the White House renamed, “Black Lives Matter Plaza.” Mayor Bowser has been outwardly critical of President Trump’s response, calling for the removal of National Guard troops from the city.

According to the Boston Globe, however, local Black Lives Matter activists believe the painting of the street was somewhat juvenile and desire Mayor Bowser to spend her energy defunding the police and reallocating taxpayer funds to the community more directly.

Undoubtedly, what the country craves right now is a strong, compassionate, and effective leader. The most recent polls from FiveThirtyEight, CNN, and CNBC indicate the majority of America believes presidential hopeful and former Vice President Joe Biden would fit that bill better than President Trump. The country also clearly craves change and evidence that the justice system is working to serve everyday Americans instead of a select few with power, money, and privilege.

A small bit of relief came to the black community and those involved in protests last week when Chauvin was arrested, signalling that the magnitude and intensity of the public’s response pressured the justice system to take action. According to the LA Times, Chauvin has had 18 conduct complaints filed against him in his 19-year career, as well as a history of involvement in shootings and deaths, yet has twice received a medal of valor from the Minneapolis Police Department. Chauvin was charged with second-degree murder and second-degree manslaughter, and the four other former officers have been charged with aiding and abetting second-degree murder.

Eager to keep up the movement’s momentum, protesters took to social media celebrating the small victory but urged activists to keep protesting and putting pressure on local law enforcement units. Many are hoping that with Chauvin’s now high-profile case being prosecuted by Minnesota Attorney General Keith Ellison, he will be charged with first-degree murder.

There is a question, however, as to how much reform the justice system can experience when it is so tightly intertwined with the whims of lawmakers. It is evident from President Trump’s penchant for mobilizing the police, as well as the more forceful responses from officers managing protests around the country, that top-down control of the justice system will prove a tough adversary for bottom-up change.

As for his thoughts on the future of America’s justice system, Chen advocates for comprehensive reform and restructuring. “Cops patrolling areas should represent that area. A place like Chicago should not be plagued with white cops,” he says. “There needs to be a balance and it should really favor the African American community in heavily African American-populated areas.”

It is clear from Chen’s testimony; from the sentiments of condolence and support offered by the MCPS Central Office, MCR SGA, and even Principal Bob Sinclair; and from the overwhelming amount of writing, art, and social media posting being done by our peers, that these issues affect all of us. What the futures of the Black Lives Matter movement, these protests, and America’s justice system entail is uncertain, but this is undoubtedly a poignant moment in history centuries in the making. 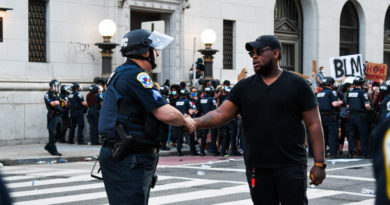 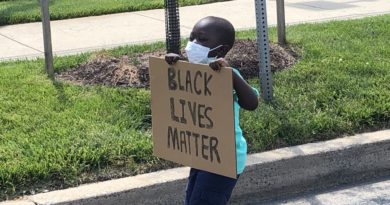 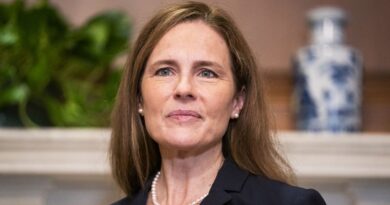