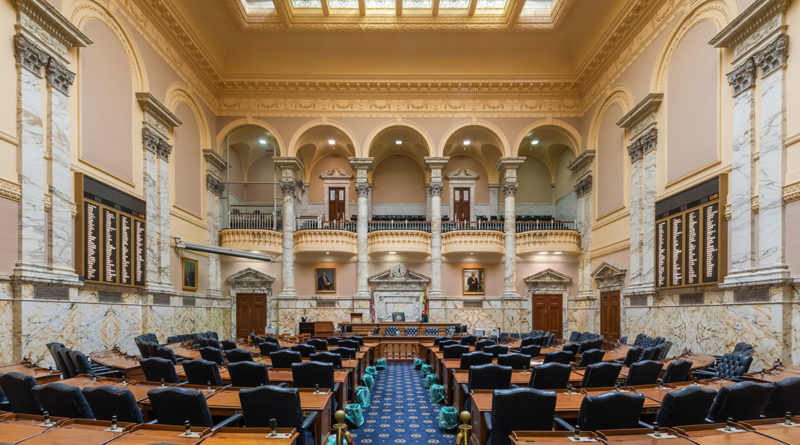 As campaign season for the 2020 presidential election is in full swing, now is the perfect time for civics-minded students to take a greater role in local, state, and maybe even national politics.

As high schoolers, we are somewhat limited in terms of internship and work experience opportunities because of our age and, well, lack of experience—especially when it comes to the bustling, high-powered world of politics.

This creates that all-too-familiar, all-too-frustrating paradox of, “I cannot get a job because I do not have experience, but I cannot get experience if you do not give me a job.” But, fear not! There are multiple opportunities for you to get your feet wet in the rapids of United States government.

At all levels of government, students who are interested in campaign work can simply call their preferred candidate’s campaign office and ask to volunteer, according to AP US Government and Politics teacher Mary Wagner.

Ms. Wagner notes that if you wanted to work for President Trump’s campaign or the Republican Party, you could most likely begin working in some capacity right now, whether that entails making phone calls, handing out pamphlets, putting up signs, etc.

She also notes that if you wanted to work for the eventual Democratic nominee or the Democratic Party, most of the action will occur after the Democratic National Convention in mid-July when the Democratic presidential nominee is chosen. However, you can still call campaigns and offer to canvas for candidates now as the primary season progresses and the Democrats look to narrow the race.

Additionally, our representatives are running for reelection this year, so if you wanted to help Representative Jamie Raskin or Representative John Sarbanes, for example, you could call their Congressional offices and begin work on one of their campaigns.

Ms. Wagner also points out that campaigning yields chances for students to earn SSL hours. To earn SSL hours if you’re planning to work on a campaign, make sure you get the organization and activities pre-approved with the SSL coordinator, counselor Jessica Conter.

In terms of helping Maryland’s lawmakers post-election, students aged 16 years and older can apply to become a Congressional Page to work with our senators or representatives. According to the Senate, pages are responsible for delivering messages and legislative documents throughout the Congressional office buildings. Occasionally, pages will also have to prepare the Senate chamber ahead of legislative sessions as well as deliver bills and/or amendments to the central dais. To apply for this unique and selective program, contact the offices of our senators or go online here.

Maryland is unique because it has a similar page program for its General Assembly, with virtually the same requirements and responsibilities as the Senate Page Program, but pages to the Maryland Senate or House of Delegates must be seniors. Find more information here.

Getting involved with organizations like Boy/Girl Scouts or the Youth and Government program could also help you land a government job on the campaign trail or in government in general.

If none of these paths lead to anything fruitful, just try reaching out to friends or adults in your community, as someone may have connections you are unaware of. Ethan Tiao, a senior at Bethesda-Chevy Chase High School got involved with Maryland Delegate Jared Solomon’s campaign last year because someone in his neighborhood, who happened to be Delegate Solomon’s Chief of Staff, introduced Tiao to Delegate Solomon at a community event.

Tiao notes that the selection process to become a member of Delegate Solomon’s campaign was not rigorous at all because the campaign was seeking student volunteers who could spread the word about the delegate and his platform. Tiao says that canvassing for Delegate Solomon was an invaluable experience and he highly recommends getting involved with a campaign.

“Through canvassing, I met countless constituents with different passions, ideologies, and priorities,” he says. “Meeting people from different walks of life was eye-opening. In addition to … improving my social skills during my interaction with various Marylanders, I also learned how to talk about the most prevalent legislative initiatives through the lens of Delegate Solomon’s agenda.”

When looking for someone to campaign for, Tiao has some advice. He adds, “Be passionate, look for candidates who share your beliefs, [and] when you’re on the campaign, do your best to understand where the candidate stands on major issues so that you can effectively pitch their ideas. Most importantly, have fun and immerse yourself in an experience that could shape your future!” 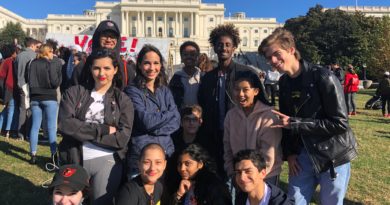 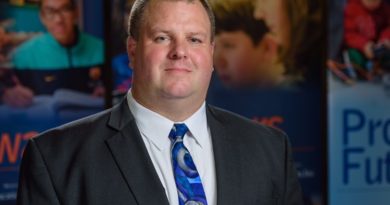