#BlakeToo began as an idea between English teacher and FAME sponsor Omari Daniel and the Pyles twins. Influenced by friends that were sexually assaulted and the oppression of girls in school, they were inspired by the #MeToo movement to speak out for them.

Using teal ribbons which represent sexual assault awareness, #BlakeToo brings attention to the cause visually. “If you just tell people, they’re going to forget,” says Sean. “But seeing an image again and again—everyone is going to notice [and remember] that.”

Staff have shown support for the movement by distributing ribbons to classes, as well as sports teams which have all dedicated a game during the fall season to victims of sexual assault. It has also received support from clubs like the Debate Team and American Sign Language (ASL) Club.

In addition to wearing ribbons in solidarity with #BlakeToo, Allies for Equality devoted  discussion about sexual assault within the LGBT community during a meeting. Senior and A4E leader Jonathan Yannes expressed hope for more discussion related to abuse and harassment in future meetings. “Having an outlet for students to have those kinds of difficult conversations and receive support if they need it is super beneficial,” he adds.

Reaching outside of school, #BlakeToo has been recognized by MCPS during Mental Health Awareness Month and received a grant from county activist group Youth Creating Change for future projects. It has also connected with the Maryland Coalition Against Sexual Assault, creating presentations for an upcoming in-school workshop to educate students about sexual assault and harassment.

Overall, #BlakeToo strives to create a conversation about harassment in a climate where sexual assault goes unspoken. “People don’t want to hear about it, so we’re trying to create a movement to speak up against it and say this is happening,” says Sean. “Our goal is to create awareness and establish a support system for victims, showing that they are not alone.”

“When you end a culture of silence, it gives people the power to know that you’re safe here,” Dr. Daniel adds. “If anything does happen to you here then we’re going to deal with it swiftly and effectively.”

With future ideas like mandatory meetings about sexual assault and harassment, dedicating a week to raising awareness, and a clothesline project to display messages from victims to their offenders, the Pyles sisters expressed hope that #BlakeToo will continue for years to come. 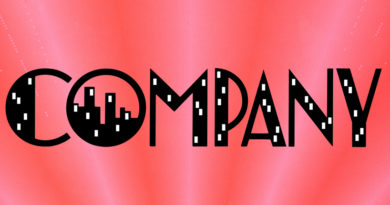