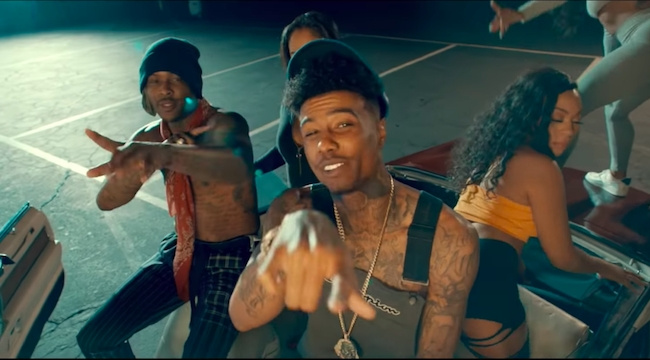 Big butts, slim waists and getting money have been common themes in rap culture. Rappers such as Nelly, Blueface, and Dababy make several references to their luxuries but,  when referencing women, they are objectified and degraded. Here are some examples of times we’ve seen misogyny in rap culture:

“B****es Ain’t S***” (1992): The title itself conveys the overall message of the song. Snoop Dogg begins the song with the line, “B****es ain’t s*** but hoes and tricks,” and the verses share stories of times Dr. Dre and Snoop have exploited different women sexually.

“Tip Drill” (2003): On October 28, 2000, Nelly’s single, E.I was released. Three years after E.I,  Nelly’s infamous remix to the single,“Tip Drill” was dropped. The lyrics read, “I said it must be ya ass cause it ain’t yo’ face.” Not only was the message of the song vulgar, but the video consisted of women who were practically nude, twerking on one another, and allowing men to take advantage of them, like throwing money on them. Although the song and its video got a lot of controversy, that did not prevent upcoming artists from depicting women the same way in their music.

“Stupid Hoe” (2012): Men arenot the only ones  who have objectified women in music. Women in hip-hop also play a significant role in the degrading of one another. In the song, “Stupid Hoe” by Nicki Minaj, she repeatedly refers to other females as hoes and b****es saying, “pretty b*****s only could get in my posse.” It is impossible to control the misogyny of men, which  lead female artists to feed into it and oversexualize themselves and others in order to sell.

“Thotiana” (2019): The song, “Thotiana” is composed by  new trap rapper Blueface. It quickly rose to fame over the summer and with time, the song even had a dance that became  popular in social media. Blueface briefly explained his feelings about how some women respond to the song on the lyric website, Genius. “I’ve seen girls dance to it and I’ve seen a lot of girls not really follow the instructions. I give a b**** instructions. I don’t play.”

“Suge” (2019): Top new artist Dababy quickly rose to fame after the release of his hit single, “Suge.” The overall message of the song doesn’t focus on females, but he does make several references towards women. “I’m out with your b**** and I only want knowledge.” The term knowledge refers to receiving head. He also goes on to say, “I don’t follow no b****es on IG… but all your b****es, they follow a n****”. Almost five months after Suge, Dababy put out an album titled, Kirk. On his songs “TOES” and “iPhone,” he continues to have a misogynistic attitude.

Through the lyrics and music videos, we can see that misogynistic values are a part of the status quo. Since the early 80s, increased normalization of the way women are treated and the way they treat each other is displayed in music and music videos. We need to put a stop to the ignorant cycle that passes down through generations. It’s time to teach young kids that this is no longer acceptable. 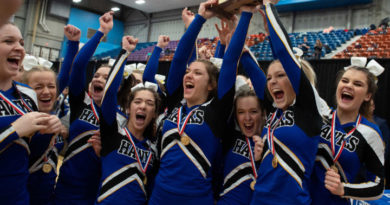 Opinion: Is Cheerleading A Sport?