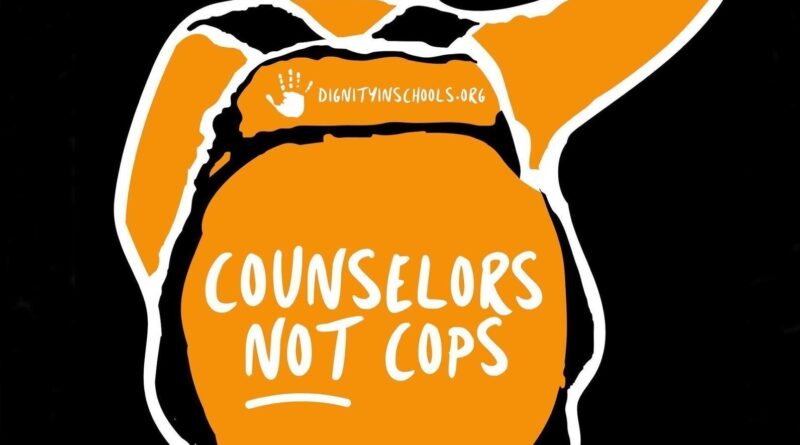 A piece of legislation that would have expanded the School Resource Officer (SRO) Program in MCPS was introduced in January. A little over a month later, the Montgomery County Council’s Public Safety Committee, after pressure from several activist groups, played a crucial part in blocking the bill.

Montgomery County residents and activist groups became increasingly concerned with the bill as time went on. They highlighted Montgomery County’s disturbingly high student arrest rate as well as SROs’ propensity for disproportionately targeting students of color in their arguments for the bill’s failure.

Montgomery County was quick to take action with their introduction of SROs in 2018 as a response to multiple school shootings around the country, including one in St. Mary’s County, Maryland. SROs are meant to “enhance the safety and security of the learning environment for students, staff, and the school community,” according to the Montgomery County Department of Police (MCPD), who provides the SROs used in schools.

Blake’s SRO, Officer James McLain, describes his day to day work. “I don’t think there is such [a] thing as an average day,” he says. “I could be meeting with any of the staff, administrators, or in a classroom giving presentation[s] on law related issues. I may meet with parents to discuss issues related to their child’s behavior. At any time, these activities could be interrupted by school staff contacting me for enforcement action.”

Alongside defending students in threatening situations such as school shootings, and breaking up fights if security guards aren’t able to, the MCPD says that SROs are supposed to use their authority to mentor students and “[prevent] crimes before they occur.”

Officer McLain explains, “I wear many hats [including] mentor, informal counselor, [and] adjunct instructor. Sometimes, [students] will still reach out to the SRO for guidance even after they have graduated.”

SROs definitely can play a considerable positive role in many students’ lives. And all of it sounds great on the surface—nothing but extra protection, and little extra guidance for those constantly in “trouble.” But, there are some underlying issues that parents and other activist groups have substantial issues with, and why they wouldn’t want more of these officers in their community’s high schools.

You can’t talk about police officers in schools without unfortunately mentioning the school-to-prison pipeline (SPP). Defined as “[a] national trend wherein children are funneled out of public schools and into the juvenile and criminal justice systems” by the ACLU, students who fall into the SPP end up carrying a criminal record early in their lives, either for in-school offenses that could have been prevented with crisis aid, or, from dropping out of school and resorting to illegal activities. The majority of these students are Black, Hispanic, Latino, those with disabilities, and those dealing with mental health issues, who are usually overpatrolled because they “fit a description.”

Officer McLain adds, “As a police officer/SRO, once I put that uniform on, I treat everyone the same. I intentionally treat the students the way I would hope other officers would treat my daughters.” Unfortunately, not all SROs follow this ethical agenda; especially in schools and communities that are predominantly white, students of color are still specifically seeked out by SROs. As Officer McLain admits, SROs all have biases.

But, another issue having to do with SROs is their supposed role of playing mediator in tense situations. Even with all MCPD SROs receiving de-escalation training annually, it can be harder to mediate conflict when tensions have already risen to the point of a physical altercation. Sometimes, SROs may have to resort to pulling kids apart and work towards damage control instead. Even if SROs do get the chance to sit a student down and speak with them post-dispute, it usually isn’t the best time for mediation, as tempers can still be high and responding actions and words are more likely to come out of anger.

SROs are doing their jobs when it comes to de-escalating conflict, but what if the tensions were eased before the need of their intervention? This is where counselors, psychologists, social workers, and teachers play a huge role—one that can be even more significant than the role of SROs.

To put things into perspective, let’s look at some numbers. The American School Counselor Association recommends a student-to-counselor (STC) ratio of 250:1. This allows counselors to not be overworked and to be able to adequately work with every student they are assigned. Montgomery County’s STC ratio, according to an ACLU study done during the 2015-16 school year, is 339:1, an unfortunate number considering the county is recognized as one of the most distinguished in the nation.

There have been movements to get the student-to-counselor ratio closer to 250:1, including adding 128 full-time equivalent counselors to the 2019 Operating Budget. But, with Montgomery County being a county with lots of resources, different numbers were expected. And especially in a time like now, with students not having the usual escape of school to avoid stresses in their home lives, having accessible counselors who can connect with students directly, unlike most SROs, is more important than ever.

While this may be a supply and demand issue, if every student was given the attention and thought that a counselor with 250 students can give to their students, there would be a higher chance of diminishing conflicts before they reach the need for SRO involvement. In no way do counselors assigned more than 250 students not care about or not want to solve issues going on in their students’ lives; however, we all know that when we are under immense stress from a too large workload, our productivity declines.

Another support staff that can make an enormous impact in minimizing conflict before SROs are needed are psychologists. Psychologists can help students who are in need of more substantial emotional or behavioral support, and can even stage mental health interventions. The same ACLU study reported Montgomery County having a student-to-psychologist (STP) ratio of 1,229:1—almost double the National Association of School Psychologists suggestion of 500-700:1. While counselors have other roles such as helping students with scheduling and SSL hours, a psychologist’s role is more focused on helping students socially, emotionally, mentally, and behaviorally.

Although social workers aren’t nearly as acknowledged when discussing conflict reduction, they play a large role. The ACLU reported 5,803:1 as Montgomery County’s student-to-social worker ratio. The National Association of Social Workers generally recommends a ratio of 250:1, with that number narrowing to 50:1 if schools are serving a significant number of students with intensive needs. Social workers work with school staff, students, and students’ families in crisis management and mental health interventions. Considering that home is where most conflicts start—some of which end up taking form in physical reactions at school—having social workers present in our school communities would help get students the assistance they need beyond the building.

In addition to all these professionals who can help students in times of crisis, the most prominent figures in our schools, teachers, can make the most impact before students need an intervention. In a class packed with 30 or more students, a teacher may not notice that one kid in the back corner who hasn’t participated in class for a few weeks and may be displaying symptoms of depression. Instead, imagine all teachers always being able to give each and every one of their students the attention that is needed to recognize even the smallest, yet most significant, negative changes in behavior.

In many of the mental health and crisis management departments, MCPS may be lacking professionals because of supply and demand. But, either way, increasing SRO presence is not the best move for preventing conflict. Officer McLain says, “Interaction with the administrators, counselors and others is done through communication. Therefore, [we rely] on each other’s expertise.” Although SROs do amazing jobs at protecting students from in and out of school threats when they occur, recruiting professionals in the mental health space to prevent conflicts before they begin is the better move. 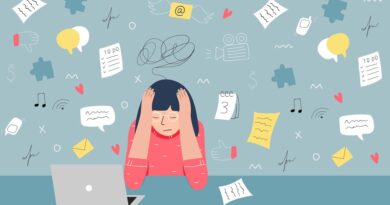